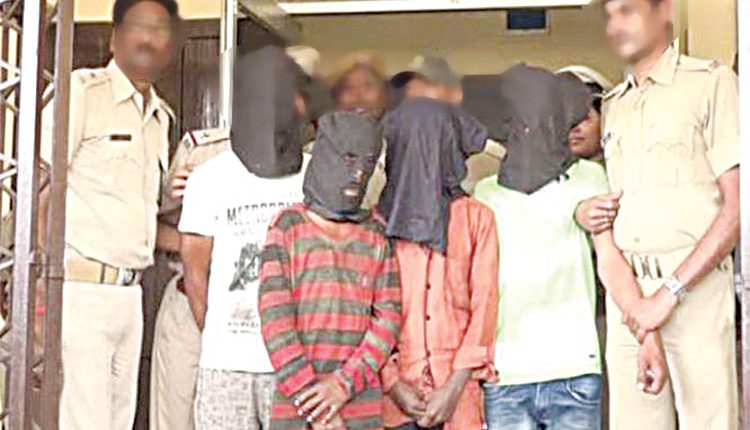 Sambalpur, Jan 11(Agency) Sambalpur police today arrested four persons and seized 183 unsealed bottles of habit forming drugs, 250 sealed bottles of the drug, four strips of sedative tablets and three bikes besides three mobile phones from their possession. The accused persons were identified as Raocky Mukhi, (25 ) Rahul Meher, (19) Laxman Mishra, (41 ) and Chandan Patra, (19). Sambalpur Superintendent of Police (SP), B Gangadhar said on the basis of an information, a special squad conducted the raid and arrested the accused. Police said, one of the four accused is a supplier of the habit forming drug. We are suspecting that the accused are also involved in the illegal trade of the drug in other districts as well as in adjoining states. The mobile phones of the accused persons are being verified to find out more information about the illegal trade.

We are hopeful that more people, involved in the racket, will be arrested during the further course of investigation, said police. Police further said, there are cases in the names of the accused persons, who have been arrested, in different police stations in the district. The accused persons have been booked under section 274, 275 and 34 of IPC besides 21 (c) of NDPS Act. They will be forwarded to court today, said police.