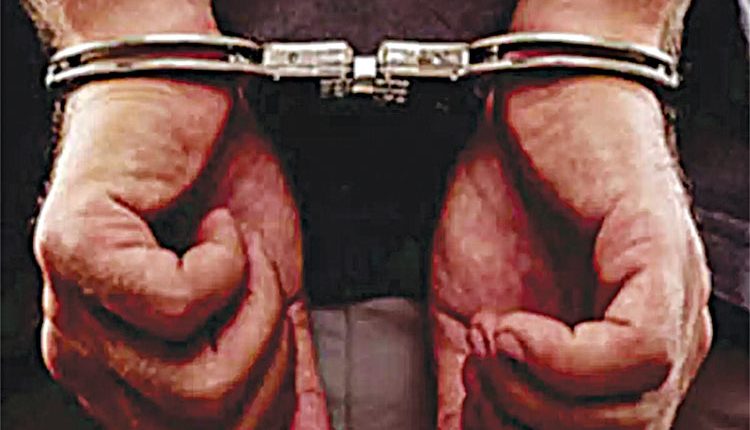 Thane, Feb 16 (FN Representative) The city police said on Monday that they have arrested a man here for his alleged involvement in a attempt to murder case a year ago in the district. Acting on a tip off, a team of the city Crime Branch laid a trap near the Mahalaxmi Temple at Saket in the city early on Sunday and arrested Kailash Singh Mahendrasingh Chawla (27, from Dhaar of Madhya Pradesh) who had come at the scene to sell firearms to a customer, police said. During the search of his bag, it was revealed that he was carrying with him 7 Mauser pistols, 2 magazines, 20 live cartridges, collectively worth Rs 1,88,750.

An offence under sections 3 and 25 of the Arms Act and also sections 37(1)(3),135 of Maharashtra Police Act has been registered with the Rabodi police station against him. During interrogation of the arrested accused, police came to know that he was involved in the crime of attempt to murder (under sections 307 and 34 of IPC and sections 3 and 25 of the Arms Act and also MP Act 37(1),135) registered with the Vitthalwadi police station in October 2020. He had then supplied firearms to the perpetrators of the crime. Chawla was produced before a local magistrate, who remanded him into police custody till Feb 19. Police are now trying to find out as to from where he had sourced the seized firearm and to whom he was to sell them, sources added.