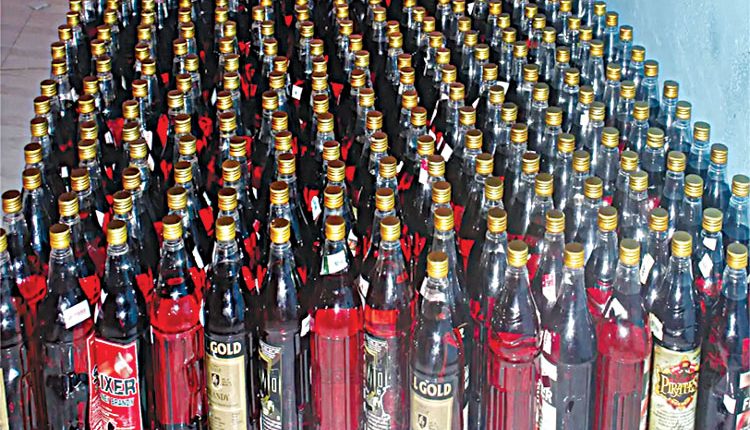 Kolhapur, Feb 16 (Agency) The officials of Excise department on Monday seized Indian-made foreign liquor worth lakhs of rupees from two cars in a raid at Mangnur village on Uttur-Gargiti road in Kagal tehsil of the district and arrested two people in this connection. Acting on a reliable information, a team of Excise officials kept a vigil at Mangnur village in Kagal tehsil on Uttur-Gargiti road today and on suspicion, stopped two cars, an official press release said here.

During the search, the team found different brands of IMFL from these vehicles. They seized IMFL and two cars collectively worth Rs 21,42,750. They arrested two men — Sanjay Nagnath Shetke and Akshay Deelip Jadhav (both from Solapur district) — in connection of the crime. While, the third suspect absconded from the spot, the release added.