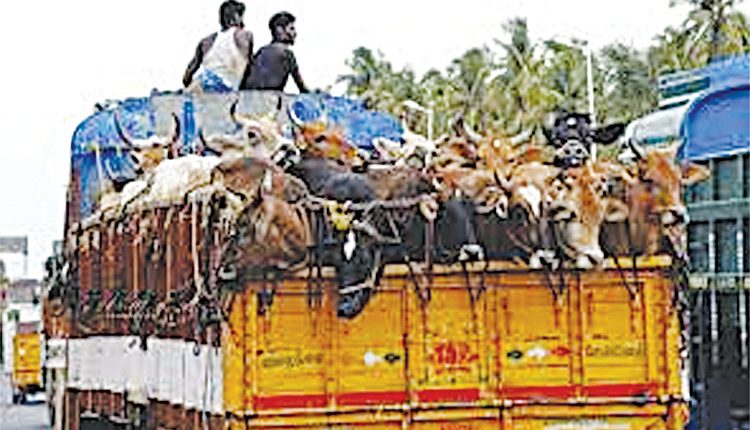 Palghar, Jan 19 (Agency) The Virar police under Mira Bhayander Vasai Virar ( MBVV) Police Commissionerate has registered an FIR against three for allegedly transporting cattle cruely into the state from Rajasthan, police said. The SHO at the Virar police station said that the trio has been charged under section 429 (Mischief by killing or maiming cattle) rw 34 of the IPC and section 11(1)(d) of the Cruelty to Animals Act. No no arrest is made in this regard the police said. The police said that the team of police personnel kept a vigil at the Khanivade toll Naka on Sunday morning and spotted the truck passing through the Mumbai-Ahemedabad highway.

The police stopped the truck and inspected it for any unusual findings and meanwhile the truck driver escaped for the scene. The police could get hold of the cleaner alone. Upon checking the truck they found that a total of 250 cattle, including sheep and goat, were cramped into it in a most inhuman manner and were being transported. One of the goats had also died in the truck itself. The police seized the animals worth Rs 8,40,000 besides the truck worth Rs 15,00,000 the police said. The police gave the names of the accused as Chenna Khan, Gulam Khan and owner of the truck the police said.