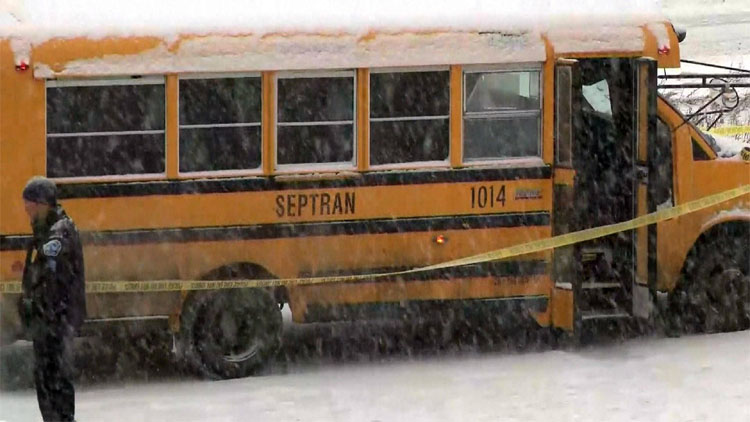 Thane, Jan 19 (Agency) A 21-year-old driver of a mini bus belonging to a private school has been arrested on Tuesday on the charges of dragging a delivery man of Zomato to a long distance, police said. API Ravindra Fad of the Kasarvadavali police station said offences under sections 279,337,338 of the IPC and MV Act 184,134(a)(b) have been registered against the driver whose name was given as Mansoorali.

The incident which took place in the midst of the national campaign for road safety has much significance. The police said that the victim, Sashikant Behra, 30, a delivery man with Zomato was returning after a delivery towards Kasarvadavali Naka in his motorbike and when he took a turn, the offending school bus driver driving the bus in a rash and negligent manner dashed the motorbike. The victim got down and went to question him and even when he was holding the window of the drivers cabin, the driver drove past the bus dragging the victim to a distance of around 100 mts, as a result of which he suffered severe injuries, the police said. The victim had to be treated at a private hospital after which he lodged the complaint of the incident that took place on January 17, night at around 2000 hours, the police said.