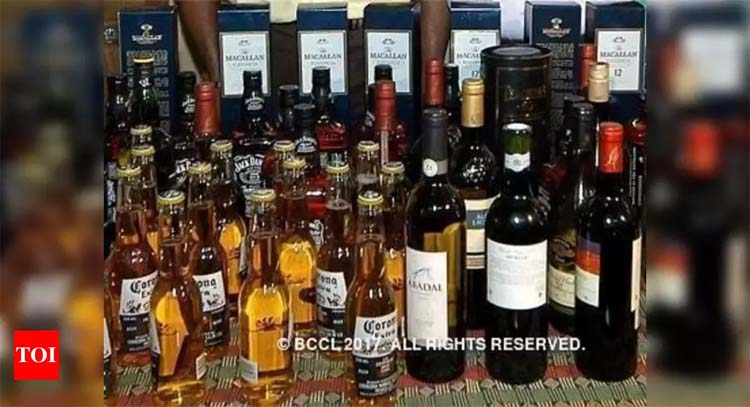 Palghar, Nov 27 (Agency) Officials of the State Excise from Palghar apprehended a tempo coming into the district through the check post and seized foreign liquor worth Rs. 12.77 lakh said an official. The State Excise Inspector VV Vaidya from Palghar told this correspondent that on Wednesday the team of flying squad officials kept a vigil at the Khanivgaon Phata, on the Udhva Kasa Road of Dahanu spotted the tempo carrying the liquor.

Upon searching they found the tempo was carrying various brands of foreign liquor which are prohibited in Maharashtra. The seizure include Royal Stag, IB, Blenders Pride, Macdonald, DSP Balck, Officers choice, Kingfisher, Tuberg Tin beer etc etc. The officials arrested two occupants of the tempo whose names were given as Samir Patil and Amol Patil the official said. The stock was meant for one Kalpesh Patil, of Mhasroli of Vikramgadh who is also a partner in crime and offenses registered against all the three.

GHMC election: BJP complaints to SEC against Cong over advertising with balloons