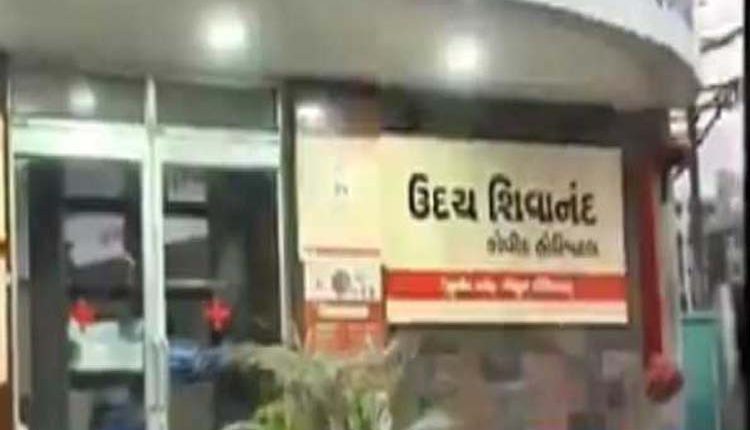 Rajkot, Nov 27 (Agency) Five coronavirus patients died and six others were injured in a fire that broke out in the Intensive Care Unit (ICU) of a private hospital here on Friday. Police said that the incident happened at 1230 hrs in the ICU of Uday Shivanand Hospital located in Anand Bungalow Chowk in Rajkot’s Mavdi area. The fire rapidly spread in the unit, leading to deaths of five and injuring six others.

Rajkot municipal commissioner Udit Agarwal told media that three patients lost their lives on the spot, while the other two died during treatment after being shifted to other hospitals. Sparking in the ICU is said to be the cause of the fire. The hospital staff tried to douse the fire on its own first but as it spread, they called the fire service, he added. The bodies have been sent for post-mortem.

Expressing grief over the incident, Chief Minister Vijay Rupani announced Rs 4 lakh ex-gratia to the next of kin of deceased and also ordered a high-level inquiry into the incident.