GHMC election: BJP complaints to SEC against Cong over advertising with balloons 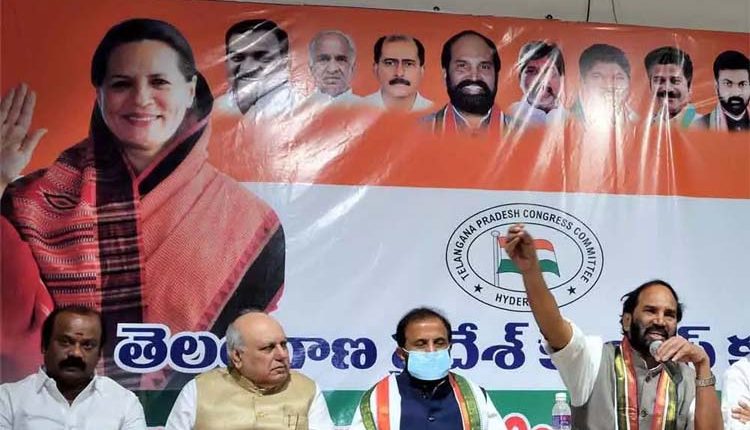 Hyderabad, Nov 27 (Agency) Telangana BJP unit on Friday complained to the State Election Commission (SEC), GHMC Comissioner and GHMC enforcement Director against the Congress Party for advertising with balloons for the Greater Hyderabad Municipal Corporation (GHMC) election on December 1. In the complaint, a copy of which was released to tje media here, BJP State General Secretary G Premender Reddy said that the Indian National Congress is advertising with balloons, whereas the same facility was refused for BJP citing a GO on April 20, 2020 as no advertisement shall be made over the height of 15 feet.

But the Congress party has erected balloons in the GHMC area at L.B. Indoor Stadium, Saroor Nagar, between Mahalaxmi Theatre, Kothapet to Nagole Road and at several places. “Therefore it is requested to take immediate and necessary action forthwith and remove the balloons to ensure a free and fair election”, Mr Reddy said in his complaint.