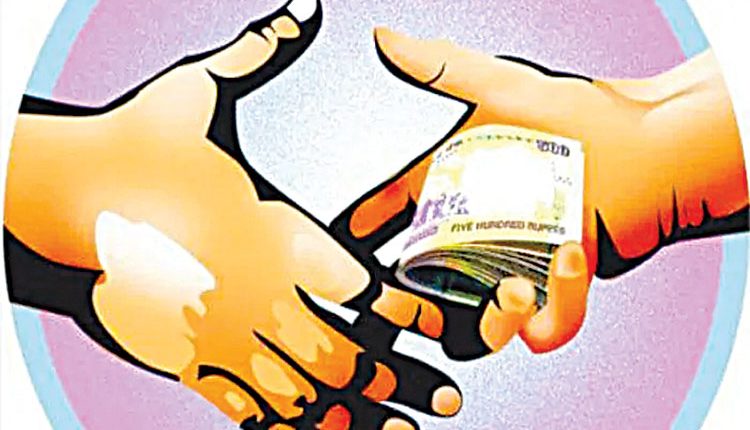 Aurangabad, Maharashtra, Feb 2 (Agency) A lady constable attached to the Virgaon police station in Vaijapur taluka and Village police patil were arrested on Monday by Anti Corruption Bureau sleuths (ACB) while accepting a bribe of Rs3, 000 from complainant. According to ACB’s official statement, a lady constable identified as Kanchan Shelke (45) and Village police patil Ganesh Tonge (33) sought Rs 3000 as bribe from a county liquor sell shop owner to help him to continue his business and not taking any action against him.

However, the complainant approached to the ACB here and lodged a Complaint against both of them. Basis on the complaint today the ACB team laid a trap at Mahalgaon Phata and caught both of them red handed while accepting a bribe amount from complainant, they said. An offence has been registered against them in Virgaon police station under the Anti-corruption act 2018 and further investigation was on, they added.