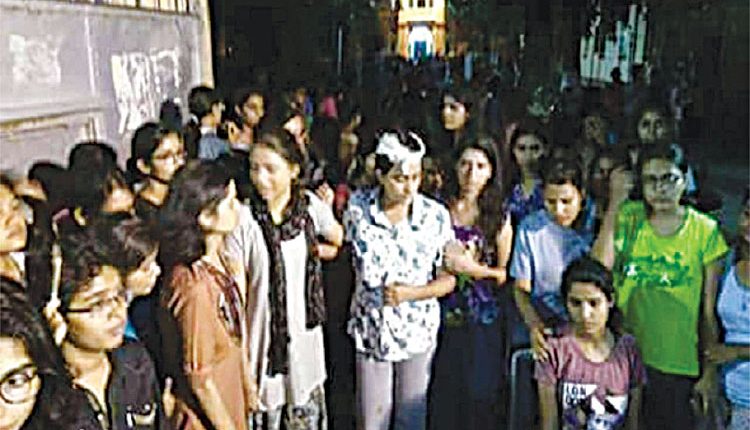 Varanasi, Feb 18 (Agency) Hours after some students protested over the presence of an illegal weapon in a hostel, police recovered a country-made pistol from a room of the Banaras Hindu University (BHU) hostel and registered an FIR into the matter. Investigation is underway in the matter. Police sources on Thursday said that following complaints over an illegal weapon being present in a room of the Birla-C hostel, a group of students demanded immediate legal action into the matter and protested for several hours on Wednesday night. The students, who were present in a large number, had closed the ‘Singh Dwar,’ the main road for the BHU premises, situated in Lanka and created an uproar for several hours. Police force from Lanka as well as other police stations has been deployed as a precautionary measure.

Sources said that the protesters were demanding legal action from the University administration. The senior police officials gave assurances of meeting their demands, following which the main gate was opened. In view of the process, security personnel were checking the hostels under the leadership of University’s Chief Proctor Prof Anand Chaudhary. At this point, several students complained of a country-made pistol being present in one of the rooms. However, they refused to probe stating that investigating a matter related to illegal weapons does not come under the jurisdiction of the university. Expressing anger on this stance, the students had created an uproar.