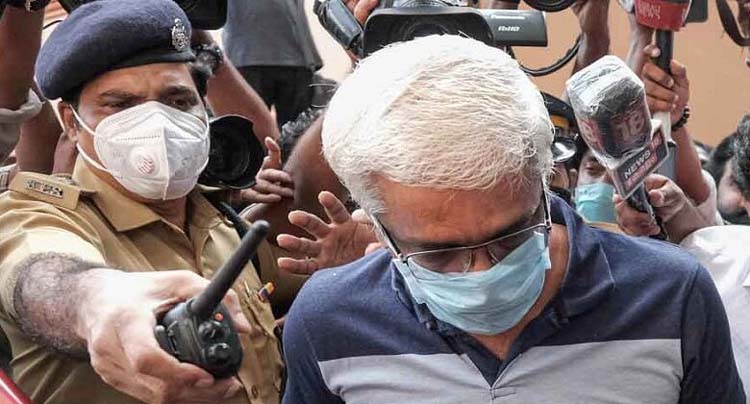 Kochi, Nov 25 (Representative) A Kochi court on Wednesday sent suspended senior bureaucrat M Sivasankar to five-day custom custody in the diplomatic baggage gold smuggling case. Additional Chief Judicial Magistrate (Economic Offences), Ernakulam, Deepu C questioned the agency for not mentioning the official positions held by Sivasankar in its remand report. The judge asked whether the investigating officers were afraid of Sivasankar. The custom department had demanded 10 days custody of Sivasankar, but the court granted only five days.The customs department told the court that the arrest of Sivasankar was carried out based on the statements of other accused in the case including Swapna Suresh. The customs officials had not mentioned the high offices Sivasankar held in the past but named him as the son of Madhavan Nair in the custody application.

Swapna and Sarith P S are already in the custody of the customs authorities for five days. The probe agency is planning to interrogate the three together. Customs authorities are planning to submit the charge sheet in the case at the earliest and had recorded the arrest of Sivasankar on Tuesday in the prison. Sivasankar is named as the 23rd accused in the case. In early July, approximately 30 kg of smuggled gold was seized from a diplomatic baggage addressed to UAE Consulate-General Office in Thiruvananthapuram. The seizure pointed towards a larger nexus of gold smuggling through diplomatic channels as their baggage is immune to checkup. Sivasankar was working as the principal secretary to Kerala Chief Minister Pinarayi Vijayan and Swapna was executive secretary to UAE Consulate-General Office.