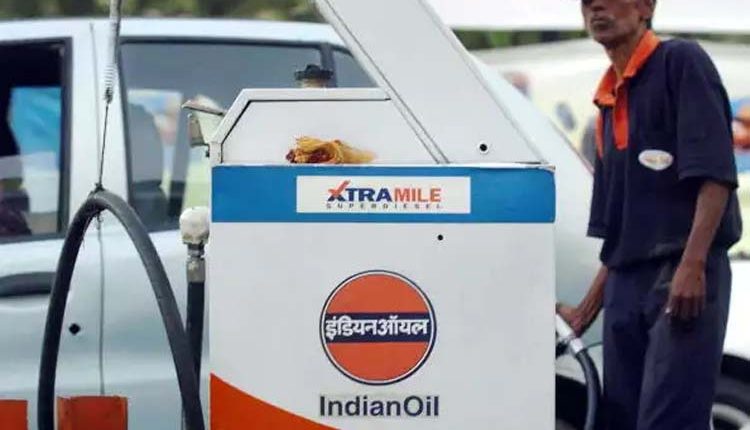 Thane, Nov 25 (Agency) With the arrest of five persons, including a Manager of a petrol pump from Buldhana district, the Navi Mumbai police on Wednesday claimed to have busted a major racket in the puncturing of the petroleum pipeline between Mumbai and Pune and theft of diesel. Addressing a news conference, the DCP Zone-I Navi Mumbai Suresh Mengde said that the gang members punctured the pipeline, fixed a value to it and conveniently stole the diesel. He further said that in September 2020 as the pressure on the HPCL petroleum pipeline between Mumbai and Pune was found to be reduced the company had deployed a patrolling team on the route of the pipeline. During the patrolling rounds, the staff spotted some movements on the pipeline in the small hours at around 0300 hours on September 27. The Sanpada police were alerted of the suspicion and the police checked the location and found that the pipeline had been punctured and a valve fixed to it and diesel stolen through the valve. The police then registered an offence under sections 379,285,427,411 rw 34 of the IPC and other sections of Petroleum act, damage to public property act, and Essential commodities act with the Sanpada police station of the Navi Mumbai police.

The Sr. PI of the Sanpada police station, Subash Nikam told that acting on technical inputs the police on November 15 picked up one Bolaprasad Yadav from his house as he was suspected to be involved in the crime. A close interrogation of him revealed that he had done the theft with the help of his associates who were to come to a place near the Sanpada bridge. The police laid a trap on the tip-off by Yadav and arrested the trio, who came there at the specified time. Their names were given as Baldev Singh, Jitendra alias Jitubai Yadav and Keshav Shetty had along with Bolaprasad committed the crime. The police also seized the goods used in the crime worth Rs 3,20,000 from the accused which include the tanker, mobile phones, and also the accessories used in the theft. The arrested accused informed the police that the stolen diesel was sold to the manager of the BioDiesel Pump at Chikli of Buldhana, Suresh Bhaskar Sapkal, who has also been arrested by the police team from Buldana the officer said. Further probe into the crime is underway, police added.