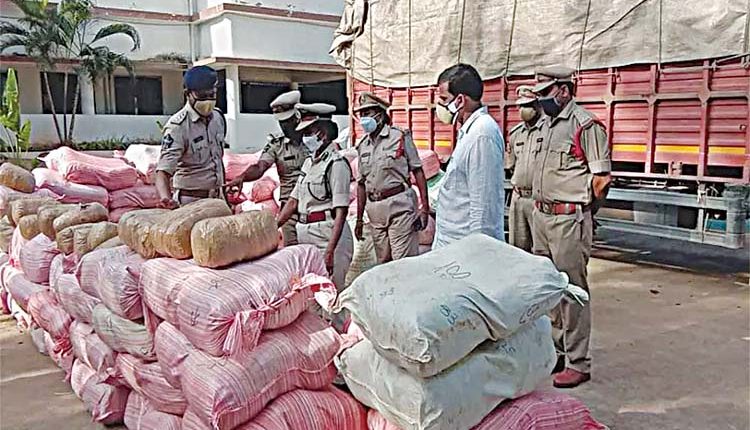 Bhubaneswar, Aug 24 (Representative) Gajapati Police have arrested 26 drug peddlers including seven women and seized around 21 quintals of ganja worth over Rs 1.5 crore from their possession. Sources said acting on a tip off a special squad led by the Gajapati SP conducted raids at various places in R Udaygiri and seized the contraband from four pick up vans on Monday.

While the drivers of the vehicles transporting the ganja are from Padamapur area of the Rayagada district in Odisha, others are from Punjab and Haryana. Police have registered a case and inquiring into the case.