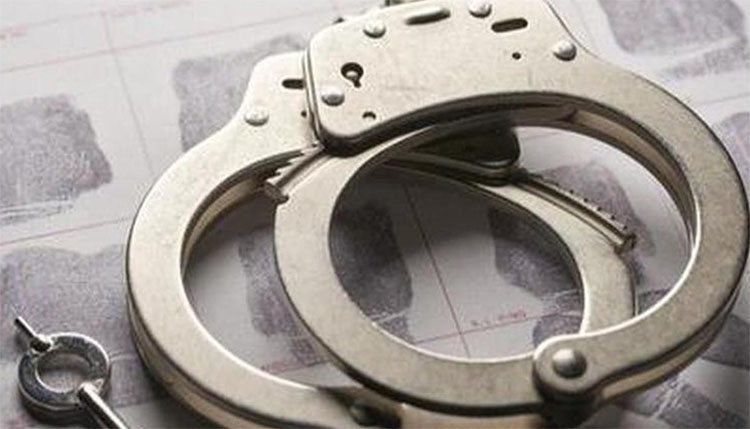 Hyderabad, Dec 21 (Representative) Telangana Forest Department officials on Sunday arrested a five-member poaching gang at Jokora village, in Nizamabad district. On reliable and credible information that poaching of Wild animals are taking place, a raid was conducted by the Vigilance and Anti-poaching officials of Telangana Forest Department in the early hours today at Jokora village near Varni in Nizamabad district.

The officials raided on a rice mill in the area and intercepted a poaching gang headed by Luqman Effendi. On thorough search of the area, the Forest officials found a Black Naped Hare which was hunted and skinned. They also found two rifles with telescope and silencers, searchlights, binoculars, knives, torch lights etc on enquiry by the DFO Vigilance, Luqman Effendi stated that he had gone for hunting to the nearby forest areas and farmlands to hunt Blackbucks, but could not find any. He hunted the Hare which he came across. The Forest officials simultaneously conducted a raid on the house of Luqman Effendi at Gudimalkapur Mehadipatnam and found meat in deep freeze packed in plastic bags. They also found two rifle Butts. These articles are taken into custody and the meat samples will be sent to CCMB Hyderabad for identification of the Animal.

A Tata safari vehicle bearing no. AP 29 AN 0001 used in hunting was seized by the Forest officials along with the rifles and other equipment used in hunting from the accused. The Hare that was hunted was also seized. A detailed investigation into the case is on and the five offenders involved in the hunt are arrested and will be produced before the Judicial Court for remand for hunting and other violations of Wildlife Protection Act, 1972. The information received by the department shows that Luqman Effendi is a habitual hunter, a forest release added.