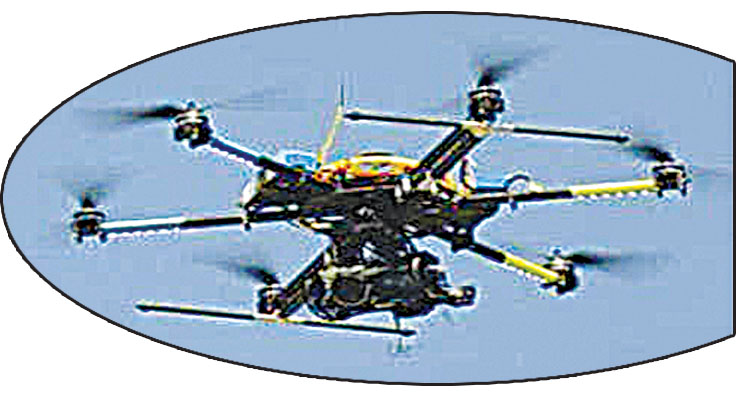 Gurdaspur, Dec 21 (Agency) A team of Gurdaspur police has recovered 11 grenades sent by a drone from Pakistan in Salach village of Dorangala town on the outskirts of the city. The grenades were thrown one kilometer outside, and were packed as if an egg had been placed on a tray. Although two people were arrested by the police on suspicion, the investigation did not reveal any connection and they have been released after questioning. It should be noted that on December 19, at around 0830 hours, 58 BSF battalions heard the sound of a drone from Pakistan near BOP Chakri. After which teams of BSF, Punjab police and other agencies also conducted a search operation in the areas near the border.

At the same time, during the search conducted in this regard, Gurdaspur police succeeded in seizing this grenade. SSP Gurdaspur Rajinder Singh said recently a drone was spotted from Pakistan in Chakri village of Dorangala and a search operation was launched in the border villages of Salach, Mian, Chakkari etc. During the search, the police team found 11 grenades loaded with a shingles in Slach on Sunday. He said there was no sign of these grenades and only after an investigation would it be known where they were made. A case under Explosives Act 1908 has been registered at Dorangala police station. At the same time, agencies are involved in the probe and search operations at the border have been intensified.