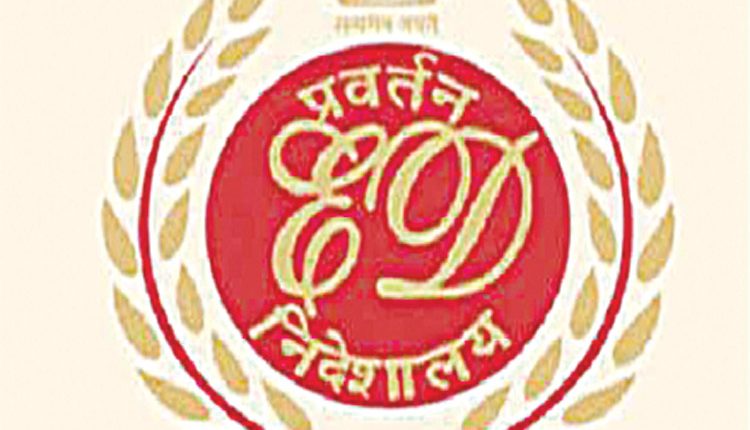 New Delhi, Apr 21 (Agency) Enforcement Directorate (ED) on Tuesday said that it has taken possession of movable and immovable properties worth Rs 155.54 Crore of Basil Group of Companies and Rose Valley Group of companies in a ponzy scheme case. The officials in ED said that a money laundering probe against above said companies were involved in floating various fake and fictitious schemes and had collected huge amount of money from common gullible public and defaulted the re-payments. They also said that during the investigation in this case has revealed that several properties in the state of Tripura, Assam, West Bengal, Odisha, Uttar Pradesh, Maharashtra and Jharkhand were acquired in the name of various companies of Basil Group and Rose Valley Group, by illegally diverting the funds collected from the common public.

“After due process of investigation, the probing agency had attached the properties found to have been acquired from the proceeds of crime (amount collected by way of selling fake and fictitious schemes) and the orders of provisional attachment of said properties were confirmed by the Adjudicating Authority”, the ED said, adding that it has also filed its prosecution complaints against the above mentioned companies and its Directors before the Special PMLA Court. A special drive was undertaken by ED’s Guwahati Zonal Office to take possession of the properties of Basil Group and Rose Valley Group of companies, which resulted in taking over possession of 12 movable properties worth Rs.1.54 Crore and 111 immovable properties worth Rs. 154 Crore, the agency said. Further investigation has been under progress, it added.