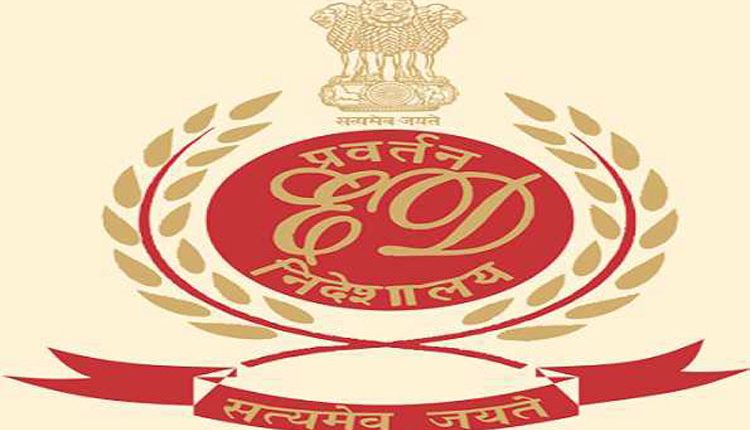 New Delhi, Jun 21 (Agency) Enforcement Directorate (ED) on Monday said that it has arrested an absconding accused Hemant Kumar Sinha on June 19 from his residence in Hawrah in West Bengal in a money laundering case related to the health care ponzi scheme case in Ranchi. Sinha was wanted in this case and he was avoiding his appearance before the Ranchi PMLA Court. After his arrest, he was produced before the Court and was sent to the ED custody till June 29. Earlier, the Ranchi PMLA Court had issued a non-bailable warrant of arrest against the accused person as he was not joining the proceedings initiated by the Court.

ED had filed a ‘Prosecution Complaint’ before the Ranchi PMLA Court March 31 this year against MSS Ayurvedic Healthcare Trust and others. The central financial probe agency initiated under the Prevention of Money Laundering Act (PMLA) on the basis of FIRs and charge sheets filed by Jharkhand Police against the said Trust and others. “The accused persons were running a ponzy scheme wherein they were collecting Rs. 3000/- from each individual on the pretext of returning four times of the said amount within three months. For assurance they used to give four post-dated cheques of Rs 2300 each and four coupons of Rs.700/- for Ayurvedic medicine and treatment at M.S.S & Health Care Ayurvedic Trust”, the officials in the probe agency said.

“Investigation under PMLA revealed that ‘Proceeds of Crime’ amounting to Rs 10 Crore was siphoned off by the Trust”, they added. The agency had already attached the bank balances worth Rs 2.28 Crore which were duly confirmed by the Adjudicating Authority under PMLA. ED subsequently filed the Prosecution Complaint against five accused persons along with the Trust while the other accused Rakesh Kumar Poddar and Mukesh Kumar Poddar were arrested in the month of June last year from their hide outs at Varanasi and Muzaffarpur respectively and have been under judicial custody.