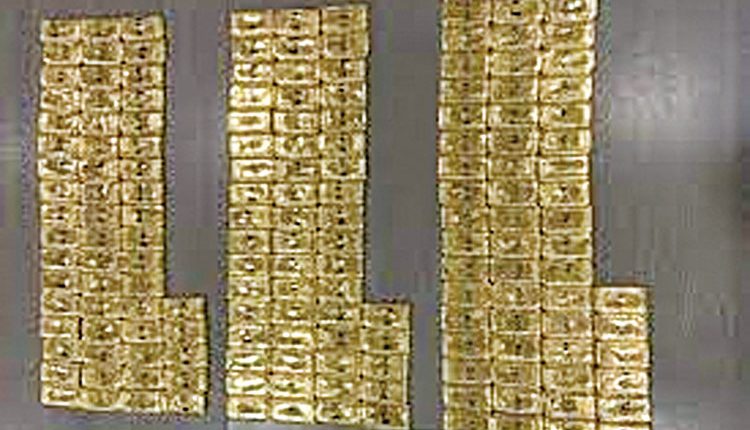 New Delhi, Sep 21 (FN Agency) The Directorate of Revenue Intelligence (DRI) has seized 394 pieces of foreign origin gold bars weighing 65.46 kg and valued at Rs 33.40 crore which were being smuggled from northeastern states, the Finance Ministry said on Wednesday. Specific intelligence indicated that a syndicate was actively planning to smuggle foreign origin gold from Mizoram and using the domestic courier consignment of supply chain and logistic company, the statement said. In order to interdict the contraband, “Op Gold Rush” was launched by the DRI and a consignment declared to contain ‘Personal Goods’ and destined to Mumbai was intercepted.