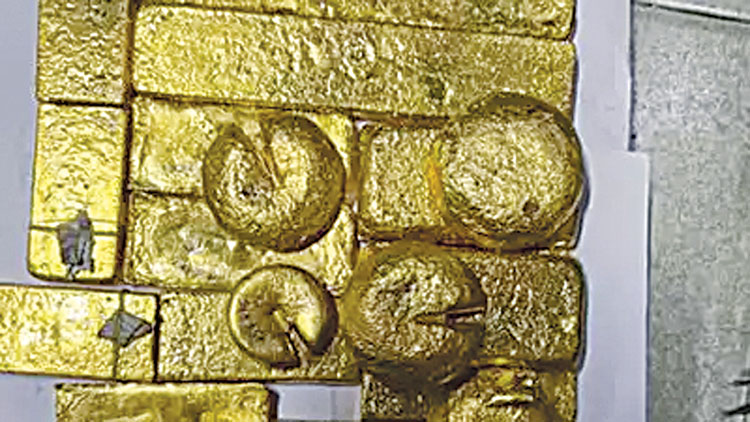 Mumbai, Jan 24 (Agency) The Directorate of Revenue Intelligence (DRI), Mumbai has seized 36 kilograms of unaccounted gold worth approximately Rs 21 crore and arrested one person who is allegedly a member of a syndicate involved in the processing and distribution of smuggled gold. According to the official sources in DRI, during the course of investigation related to various cases of smuggling of gold through the airport and air cargo complex, Mumbai, a specific intelligence was developed by the officers of the DRI Mumbai that a syndicate involving foreign nationals is involved in processing and distribution of smuggled gold. “It was also gathered that the payment of the said gold smuggling was happening through the hawala channel.

A discreet surveillance was mounted by a team of DRI officers on the travel pattern of a few foreign nationals and suspected Indian nationals to bust the syndicate,” said an official. On Monday, working on the intelligence, a well-timed and coordinated operation was planned and executed by the DRI officers. “The suspected premises where this melting and processing of smuggled gold was taking place was searched under the Customs Act. A thorough search of the premises led to the recovery of more than 36 kg of unaccounted gold at various stages of processing. On getting the gold valued, the gross value is approximately Rs 21 crore,” added the official.

5 lifestyle changes to keep your body, mind, soul happier and healthier in 2023