Crackdown on illegal mining in Patiala on ED’s direction 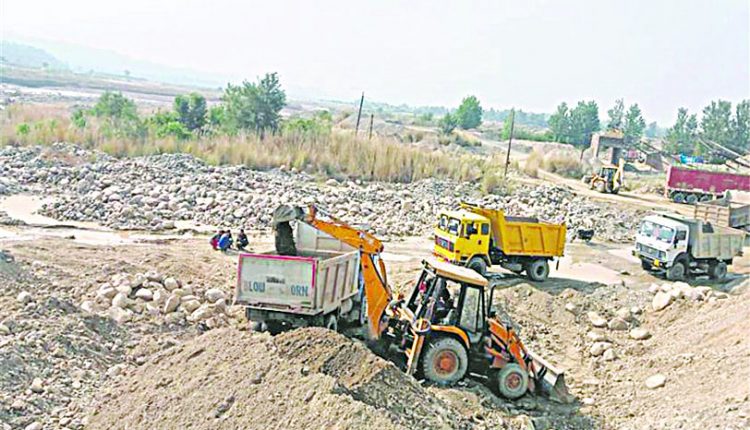 Chandigarh, Apr 18 (FN Agency) As per the strict directions and guidelines of the Government of Punjab and the drive initiated by the newly formed Enforcement Directorate, Mining, against illegal mining, Patiala Police has launched a major crackdown on sand smuggling in the district. RN Dhoke, Enforcement Director, Mining, Punjab, while divulging the details, said that such instances of illegal mining in the state will be dealt with an iron hand. “Recently, Patiala Police in coordination with the mining officials conducted a raid at illegal mining site in village Chalaila, seized a Poclain JCB machine and registered a criminal case under Mines and Minerals (Development and Regulation) Act, 1957 dated April 15, 2021 at Police Station Anaj Mandi, Patiala”, said Dhoke.

“One of the main accused nominated by Police, viz Om Parkash @ Omi S/o Gora Lal R/o Patiala, is still at large, we have arrested one of his close associates, namely Gursewak Singh S/o Roop Singh resident of Village Seona District Patiala. Our investigating team is confident to nab everyone associated with the illegal mining to take further necessary action against them as per law. As per the directions given by the ED, mining, we have kept our officers alert and such illegal act will be tolerated in the district”, said Patiala SSP, Vikram Jeet Duggal. During the course of the investigation, Anaj Mandi Police has also seized one JCB Machine, six tippers, one truck, two tractors and three trolleys.

Huge heaps of illegal sand have also been recovered by the police in the Focal Point area, the quantity of which will be estimated by the investigating team through the mining department, said the SSP. It has further come to light that the illegal mining was on in the land being cultivated by Gurmail Singh S/o Niranjan Singh of Village Chalaila, who has also been nominated in the case by Police. “The accused has been found to be smuggling sand in various other parts of the state, as the ED, mining has cracked a major whip. Punjab Government has given clear mandate to the Enforcement Directorate to check the incidence of illegal mining in the state and take action against the unscrupulous elements involved in it. Our teams are working very hard on meet this objective”, said Dhoke.