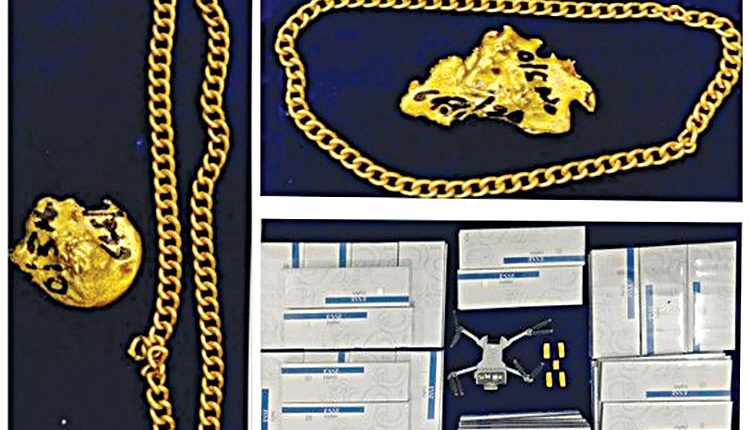 Chennai, Mar 7 (Agency) Officials of Air Customs today seized 730 gms of gold worth Rs 35.7 lakhs smuggled from Dubai and arrested one person at the Anna International Airport. A release from the office of the Commissioner of Customs said based on intelligence that gold was likely to be smuggled from Dubai by concealing in aircraft, an Indigo flight which arrived from Dubai was checked. On rummaging one soap box was found ingeniously concealed inside a life vest pouch kept under one of the seats of the aircraft. On opening the soap box, three bundles of gold paste wrapped with black adhesive tape weighing 821 grams were found inside.

On extraction 730 grams of gold valued at Rs.35.7 lakh was recovered and seized under the Customs Act. One passenger, who was hurrying his way through exit, was intercepted. He was identified as Yasar Arabath (22) of Madurai, who had travelled on the seat under which gold was recovered. On questioning he admitted that he had kept the gold under the seat as he had got nervous. He was arrested. Further investigation is under progress.