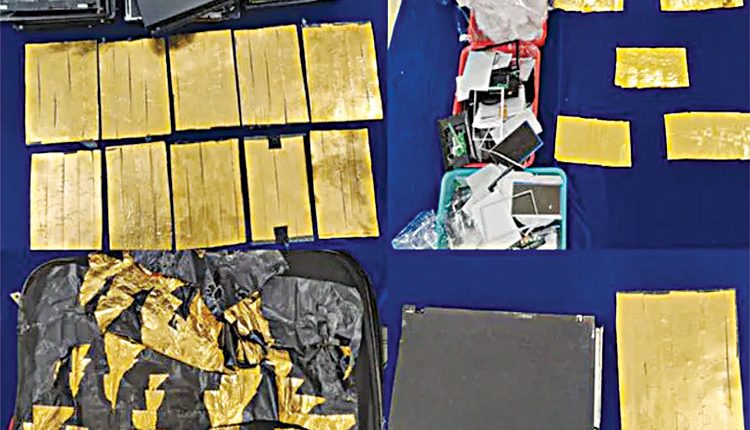 Chennai, Jan 07 (Agency) Chennai Air Customs officials have seized 3.72 kg gold worth Rs 1.97 crore in four different cases and arrested a woman passenger. A press release issued by the Commissioner of Customs, Chennai International Airport said based on intelligence on Thursday, the woman passenger identified as Padma Balaji (25) of Chennai, who arrived from Bubai by Emirates Flight was intercepted at exit point. On personal search, one big Cadburys dairy milk chocolate was found concealed in underwear.

On opening the wrapper, a plastic packet containing 660 grams of gold paste was recovered. On extraction, 546 grams of gold valued at Rs 28.7 lakhs was recovered and seized under Customs act. The woman was subsequently arrested. Earlier, on Wednesday 3.18 kg gold valued at Rs 1.69 crore was recovered from 15 passengers who arrived from Dubai and Sharjah in three different cases. In all, a total of 3.72 kg of 24 karat purity gold worth Rs 1.97 crore was seized and further investigations were on, the release added

Tips to Know about Annuities