Tips to Know about Annuities 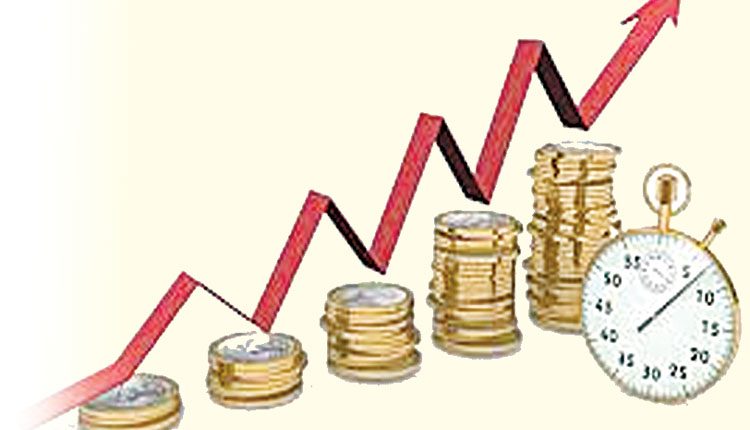 Annuities are insurance contracts that promise to pay you regular income either immediately or in the future. You can buy an annuity with a lump sum or a series of payments. There are two main classes of annuities: annuities certain and contingent annuities. Under an annuity certain, the payments are to continue for a specified number of payments, and calculations are based on the assumption that each payment is certain to be made when due. With a contingent annuity, each payment is contingent on the continuance of a given status, as with a life annuity under which each payment is contingent on the survival of one or more specified persons. A special case of the annuity certain is the perpetuity, which is an annuity that continues forever. Perhaps the best-known example of a perpetuity is the interest payment on the British government bonds known as consols. Because these obligations have no maturity date, it is intended that the interest payments will continue indefinitely.

The contingent annuity used in life insurance and pension plans is based upon the risk-sharing principle. The price of an annuity paying a given sum for life is based upon the life expectancy of the annuitant at the time the annuity is to begin. In effect, the annuitant joins with a large number of other persons of the same age in establishing a fund that is calculated, on the basis of mortality tables, to be sufficient to pay each person the life income agreed upon. Some will live longer than others and receive more in payments than they have put into the fund, whereas others will not live long enough to receive all that they have put in. This risk-sharing principle makes it possible to purchase an annuity that guarantees much higher payments than could be obtained if the same sum of money were invested at interest. It has the disadvantage that upon the death of the annuitant nothing is left for his heirs.

What is an annuity?
An annuity is a contract between you and an insurance company to cover specific goals, such as principal protection, lifetime income, legacy planning or long-term care costs. Even though they may be marketed as investments, “annuities are not investments,” Haithcock. “They’re contracts.” They lock you and the insurance company into contractual obligations, and breaking them – if that’s even possible – can come at a steep cost.

Why buy an annuity?
You buy an annuity because it does what no other investment can do: “provide guaranteed income for the rest of your life no matter how long you live,” says Walter Updegrave, editor of RealDealRetirement.com, a site offering retirement planning advice. This makes annuities popular retirement planning strategies. Annuities can provide more tax-sheltered ways to save for retirement if you’ve already maxed out your 401(k) and IRA. Since annuities have no contribution limits, you can save to your heart’s content.

How does an annuity work?
An annuity works by transferring risk from the owner, called the annuitant, to the insurance company. Like other types of insurance, you pay the annuity company premiums to bear this risk. Premiums can be a single lump sum or a series of payments, depending on the type of annuity. The premium-paying period is known as the accumulation phase. Unlike other types of insurance, you don’t pay annuity premiums indefinitely. Eventually, you stop paying the annuity and the annuity starts paying you. When this happens, your contract is said to enter the payout phase.

Deferred annuities provide tax-advantaged saving and lifetime income. With a deferred annuity, you begin receiving payments years or decades in the future. In the meantime, your premiums grow tax-deferred inside the annuity. They’re often used to supplement individual retirement accounts and employer-sponsored retirement plan contributions because most annuities have no IRS contribution limits.

A fixed annuity for principal protection.
Fixed annuities pay a guaranteed minimum rate of return and provide a fixed series of payments under conditions determined when you buy the annuity. During the accumulation phase, the insurance company invests the premiums in high-quality, fixed-income investments like bonds. Because your rate of return is guaranteed, the insurance company bears all of the investment risk with fixed annuities.

Annuities may have early withdrawal penalties
Also like CDs, MYGAs and other deferred annuities have surrender charges if you withdraw your money early. Surrender periods vary from two years to 10 or more, and the corresponding charges typically decline with time. For example, a deferred annuity with a 10-year surrender period would charge 10 percent on money withdrawn the first year, 9 percent the second year, 8 percent the third year and so on.

How annuities are taxed
Annuities are tax-deferred, which means you don’t pay taxes on the money while it’s in the annuity. Like a 401(k) or IRA, you only pay taxes on the money when you withdraw it. If you fund your annuity with pretax dollars, called a “qualified annuity,” then everything you withdraw will be taxed at your ordinary income rates. If, however, you used after-tax dollars to fund your annuity, called a “nonqualified annuity,” you won’t be taxed on the portion of your withdrawal that represents a return of your original principal. Only your earnings will be taxed in a nonqualified annuity.

Annuity fees vary but all have commissions
Many annuities have no annual fees, but variable annuities are not among them. “Variable annuities often come with [annual] fees in the range of 2½ percent to 3 percent,” Bender says. That isn’t to say other annuities don’t have costs. “All annuities have commissions,” Haithcock says. These are typically built in to the policy so you won’t see the costs taken out each year. Commissions can range from 1 percent to 10 percent, depending on the type of annuity.

Riders provide additional benefits at a cost.
You can attach additional benefits or protections to your annuity contract through contract riders. Riders can be used to enhance an annuity’s income, legacy or long-term care provisions. They fall into two categories: living riders, which provide benefits while the annuitant is alive, and death benefit riders, which protect beneficiary benefits. For example, an income rider attached to a deferred annuity enables you to turn on your lifetime income stream whenever you want instead of the age you specified when you signed the contract.

Reduce risk by annuitizing gradually
Another risk to annuities is opportunity cost. Once you lock in an annuity rate, there’s the risk that market interest rates will rise and you’ll miss out. Since annuity rates are partly based on 10-year Treasury rates, some people try to time their annuity purchase with interest rates.