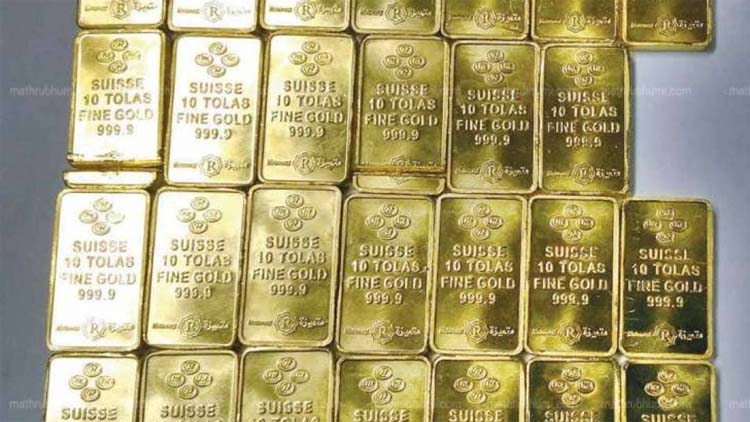 Chennai, May 17 (Agency) Customs officials have seized 2.39 kg gold, valued at Rs 1.18 crore from a passenger, who arrived from Sharjah at the Anna International airport here today. A release from the Office of the Commissioner of Customs said the Air Intelligence officilas maintained a high alert at the airport on the basis of information given by DRI regarding smuggling of gold by a passenger arriving from Sharjah. One Mohammed Arafath (24) of Mangaluru, who arrived by an Air Arabia flight from Sharjah was intercepted at the exit on suspicion of carrying gold.

On examination of his check-in-baggage a carton box, one rechargeable LED emergency light was found inside which appears to be unusually heavy. On dismantling the lantern, one black battery was found inside. On breaking the battery 18 rectangular gold plates having silver coating were found inside. On removing the silver coating 2.39 kg 24 K purity gold valued at Rs.1.18 crore was recovered and seized under Customs Act. The passenger was arrested. Further investigation is under progress.