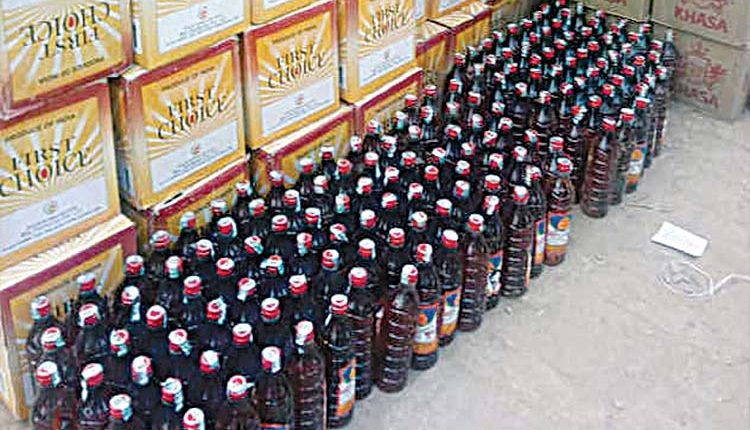 Chandigarh, May 17 (Representative) A total of 460 liquor cartons carrying 5520 bottles of illicit Indian Made Foreign Liquor (IMFL) were seized in Sonipat district when the consignment was being smuggled in a truck to Arunachal Pradesh. Stating this here on Monday, a Haryana Police spokesperson informed that Police have impounded the truck and seized the consignment. which was packed in 460 cartons. Primary probe revealed that illicit liquor was being smuggled from Himachal Pradesh and Chandigarh to Arunachal Pradesh.

The liquor has a hologram of distilleries in Chandigarh and Sirmour (Himachal Pradesh). He said that a police team during patrolling in the GT road area received a tip-off about a truck carrying a huge stock of illicit liquor. Police team immediately swung into action and seized 460 cartons of liquor from the truck which was parked near a dhaba. A case under relevant sections of the Excise Act was registered. The persons involved in liquor smuggling would be arrested soon and further investigation into this case has been taken up.

Foreigner among two held with half Kg heroin in Punjab