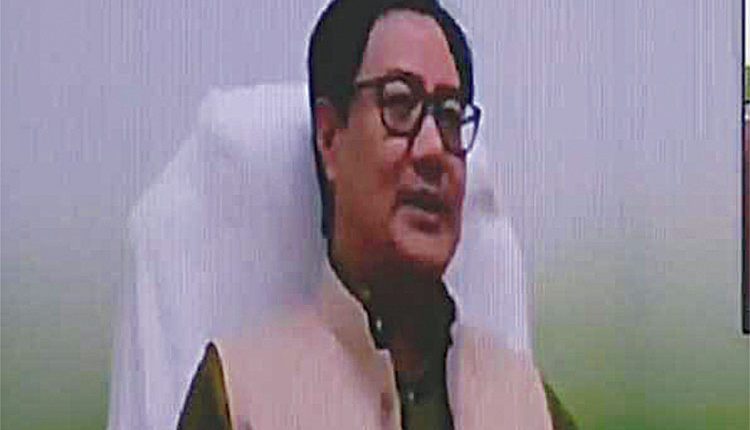 “Despite having a larger population than other countries, India does not get medals in the Olympic Games”

Union Sports Minister Kiren Rijiju said on Thursday that the Sports Authority of India’s (SAI) National Centre of Excellence in Aurangabad will promote athletes from Marathwada and hoped that about 20 athletes from the SAI will represent India in the upcoming Olympics.

Speaking after inaugurating the swimming pool and synthetic hockey turf at the National Excellence Centre of SAI and unveiling the cornerstone of the fencing hall at premises of Dr Babasaheb Ambedkar Marathwada University (BAMU) campus here, he said that despite having a larger population than other countries, India does not get medals in the Olympic Games, and efforts are being made by the government to get more medals, he said. As part of this, National Excellence Centres have been set up at Mumbai, Nagpur and Aurangabad in Maharashtra, the Minister informed and said that efforts are being made to make the country stronger through ‘Khelo India, Feet India’. Rijiju further said that seven sports are being promoted in Aurangabad, the capital of Marathwada with World Heritage sites like Ajanta and Ellora caves, and pointed that the National Centre for Excellence provides training in archery, boxing, weightlifting, gymnastics and hockey among others.

The gymnastics here was closed but due to efforts of BJP MP Dr Bhagwat Karad and AIMIM MP Imtiaz Jalil, the sport was re-recognised, he noted. He further said that Rs 5 crore had been sanctioned for various sports equipment in SAI even before the inauguration of various works at SAI and the cornerstone programme. In addition, a 300-bed hostel will be started here, he informed. Besides, while positively considering the demand made by the people’s representatives, he will also consider diploma and degree courses here, Rijiju added.