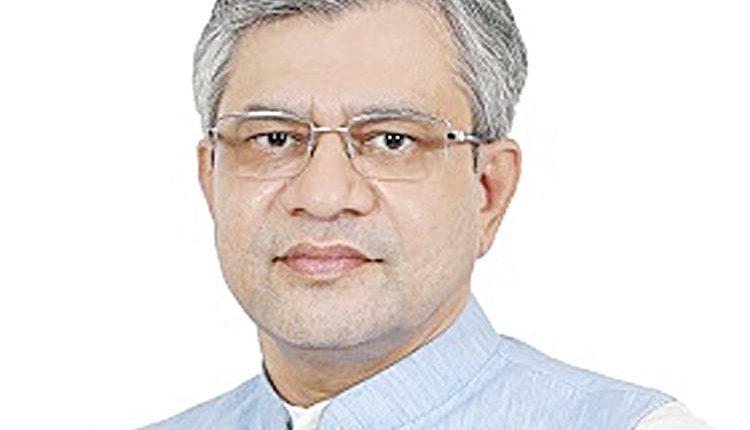 New Delhi, Sep 22 (Bureau) Stating that the draft Indian Telecom Bill 2022 provides a clear road map for industry restructuring and innovation, Communications, Electronics & Information Technology Minister Ashwini Vaishnaw on Thursday said that the digital world needs a comprehensive set of legislations. Speaking at the 9th Annual Forum of Public Affairs Forum of India (PAFI), Vaishnaw said that the Prime Minister has given a target to benchmark the country’s digital legal and regulatory framework to global standards. “That means we have to aim at creating a digital legal framework which the world should come and study.

That’s a tall, a very big objective but that’s possible if we start applying our mind thoroughly and look at what our realities are. Then we should be in a position in the next 1.5 to 2 years to completely revamp the entire digital regulatory framework, a framework which aims to balance the societal objectives, rights of individuals , duties of individuals, technology-agnostic framework, a framework which allows a very important interactive role with the industry,” he said. The Minister shared the plan to bring new legislations to raise the regulatory framework to global standards.

“We will be bringing a series of, at least three more legislations I can say, in which the entire digital regulatory system will be brought up to global standards and we should be the economy where people actually come and say that, ok, at a population scale of a billion plus, a society as diverse as ours and an economy as complex as ours, an economy which is growing what are the things we should look at when we are drafting our legal structure. So, that’s the objective with which we are moving forward,” Vaishnaw said. The Minister who also holds the key portfolio of Railways said that the draft Indian telecommunication bill, 2022 would be based on three pillars with Wireless Planning Coordination (WPC) reforms, bringing down the time for licensing to 28 days and ushering in licensing reforms through an online process. “This will now reduce the paperwork and Right of Way (RoW) approval permission, down to 6-7 days,” he further said.