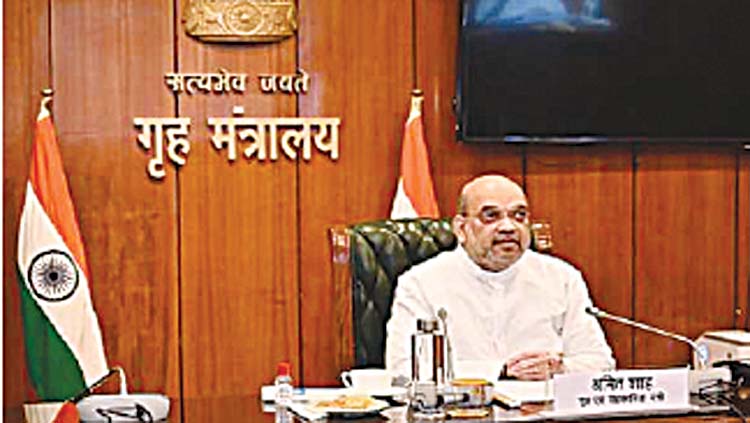 New Delhi, Sep 22 Bureau) Union Home Minister Amit Shah on Thursday held a meeting with top government officials as raids were carried out across several properties related to Popular Front of India (PFI), and over 100 arrests were made. National Security Advisor Ajit Doval, Union Home Secretary Ajay Bhalla, Director General of NIA Dinkar Gupta were among the top officials who attended the high-level meeting. According to sources, the Home Minister took stock of the action taken against the PFI.

On Thursday, raids were carried out by National Investigation Agency (NIA) at properties of the PFI at several locations across the country and over 100 arrests were made. The PFI announced a strike in Kerala as a mark of protest. The raids were carried out by the NIA in coordination with the Enforcement Directorate (ED) and state police. Over 100 top PFI leaders and functionaries were arrested during raids in 10 states, including Uttar Pradesh, Kerala, Andhra Pradesh, Telangana, Karnataka and Tamil Nadu. According to sources, the raids have been conducted on the basis of intensive investigations and data collection by the Intelligence Bureau, in consultation with the NIA and ED. In Kerala. 22 people were arrested, followed by Maharashtra and Karnataka (20 each), Andhra Pradesh (5), Assam (9), Delhi (3), Madhya Pradesh (4), Puducherry (3), Tamil Nadu (10), Uttar Pradesh (8) and Rajasthan (2).