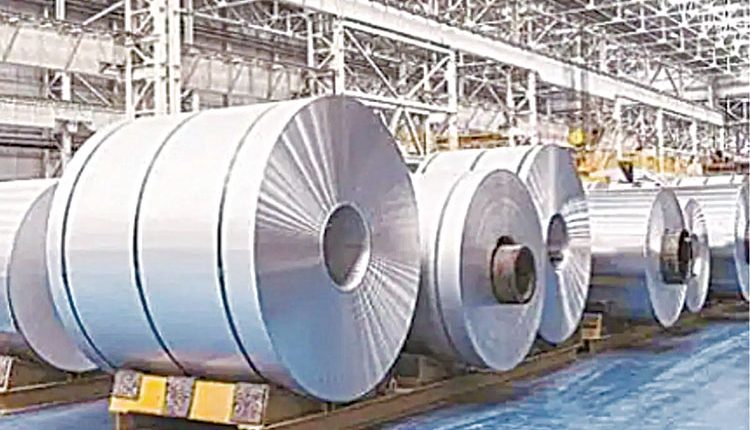 New Delhi, May 22 (Bureau) In a bid to reduce cost of domestic production of steel products, the government on Saturday reduced import duty on coking coal and ferronickel from 2.5 per cent to nil. The duty on coke and semi-coke has been cut from 5 per cent to nil. In order to increase the domestic availability of iron ore and a few steel intermediates, the government has imposed or increased export duty. Among the key items, export duty on iron ore pellets has been imposed at the rate of 45 per cent. As per the notification issued on Saturday, certain grade of flat rolled products of iron or non-alloy steel would now attract 15 per cent export duty from nil duty earlier.

Providing relief to local plastic industry, the government has reduced import duty on naptha, propylene oxide and polymers of vinyl chloride (PVC). Import duty on naptha has been reduced from 2.5 to 1 per cent, while duty on propylene oxide has been halved to 2.5 per cent. Import duty on PVC has been reduced from 10 to 7.5 per cent. Finance Minister Nirmala Sitharaman announced a slew of measures to provide relief from prevailing high prices of crucial raw materials and intermediates. Extending major relief to common man, she announced to reduce central excise duty on petrol by Rs 8 per litre and on diesel by 6 per litre. This will reduce the price of petrol by Rs 9.5 per litre and of diesel by Rs 7 per litre. She also announced to calibrate custom duty on raw materials and intermediaries for iron and steel to reduce their prices.