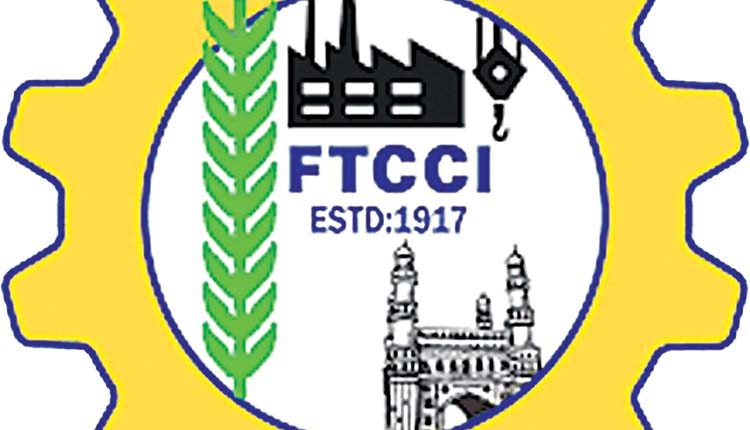 New Delhi, Sep 22 (FN Bureau) The Federation of Telangana Chambers of Commerce and Industry (FTCCI) on Thursday appealed to the Union government to re-examine the 20 per cent duty on rice exports. The Union government had recently imposed a 20 per cent duty on exports of various types of rice to discourage buyers from making purchases from the country and to secure domestic supplies after reduced plantation due to lack of rains. This decision came after the Food Ministry recommended the levy to ensure sufficient rice stock for the Public Distribution System (PDS) and Pradhan Mantri Garib Kalyan Anna Yojana (PMGKAY).

This duty on brown and white rice other than basmati and parboiled varieties covers nearly 60 per cent of the country’s total exports. “With this duty, Indian rice shipments will become uncompetitive in the world market and the buyers will shift to Thailand and Vietnam” as per informed sources, FTCCI said in a statement here. In his representation sent to Union Finance Minister Nirmala Sitharaman and Ministry of Commerce Piyush Goyal, FTCCI President Anil Agarwal appealed them to look into the various aspects presented here and support the Indian rice exporters and protect the international market of India in Rice for the benefit of farmers, exporters, government and the country as a whole. If the blanket duty is imposed, Indian rice exporters will not be able to capture new markets in premium non-basmati segments, he said the lack of price competitiveness with exporters from other countries will destroy them. The farmers and exporters from the rice surplus states like Telangana will be affected severely due to losing of market for their competitors from other countries, the FTCCI President pointed out.

In his representation, Agarwal said India is the world’s biggest rice exporter and its rice exports will touch 21.5 million tonnes in 2021, more than the combined shipments of the world’s next four biggest rice exporters – Thailand, Vietnam, Pakistan and the United States.. India accounts for more than 40 per cent of global rice shipments and competes with Thailand, Vietnam, Pakistan and Myanmar in the world market. The reasoning given by the Department of Food & Public Distribution (DFPD) is that the export price of non-basmati rice is INR 28-29 per kg, which is higher than the domestic price. We submit that this information is misleading and the duty is based on incorrect data, he said. The DFPD has assumed that all non-basmati rice variants put under single HS Code (HS-10063090) sell for INR 28-29 per kg. But in reality, there are several non-basmati premium varieties that have a huge international market selling at 3-4 times higher than the variety quoted. A blanket imposition of 20 percent duty, irrespective of their variety, quality, standard, demand and price would cripple non-basmati exports from India. There are several hundred varieties of non-basmati rice in India. Some of these sell for a much higher price than basmati rice. Some non-basmati variants sell for $700 up to $1,400 per metric ton. Levying a duty on these variants will prove very expensive. It will have many adverse outcomes for team India in the long term. Since the shortage is envisaged for varieties of rice that are meant for PDS and PMGKAY, we suggest to impose duty according to the export price of rice and a blanket duty on all non-basmati rice variants must be avoided, he added.

BJP to introduce more welfare schemes if voted to power in Telangana : Bandi