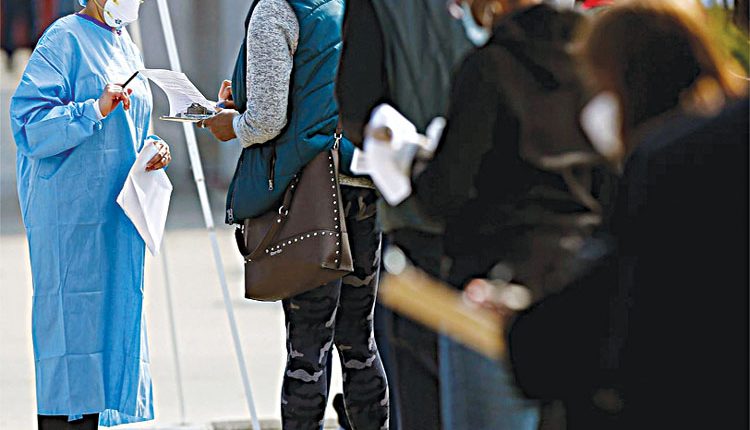 Washington, Feb 22 (FN Bureau) Roughly one year since the first known death by the COVID-19 in the United States, an unfathomable toll is nearing — the loss of half a million people, which meant that more Americans have perished from COVID-19 than on the battlefields of World War I, World War II and the Vietnam War combined, reported The New York Times.

“The milestone comes at a hopeful moment: New virus cases are down sharply, deaths are slowing and vaccines are steadily being administered. But there is concern about emerging variants of the virus, and it may be months before the pandemic is contained,” said the report. “Each death has left untold numbers of mourners, a ripple effect of loss that has swept over towns and cities. Each death has left an empty space in communities across America: a bar stool where a regular used to sit, one side of a bed unslept in, a home kitchen without its cook,” it said.

“The living find themselves amid vacant places once occupied by their spouses, parents, neighbors and friends — the nearly 500,000 coronavirus dead.” The virus has reached every corner of America, devastating dense cities and rural counties alike. By now, about one in 670 Americans has died of it, according to the report. In New York City, more than 28,000 people have died of the virus, or one in 295 people. In Los Angeles County, which has lost nearly 20,000 people to COVID-19, about one in 500 people has died of the virus. As of Sunday morning, the Center for Systems Science and Engineering at Johns Hopkins University reported 497,670 deaths in the United States.