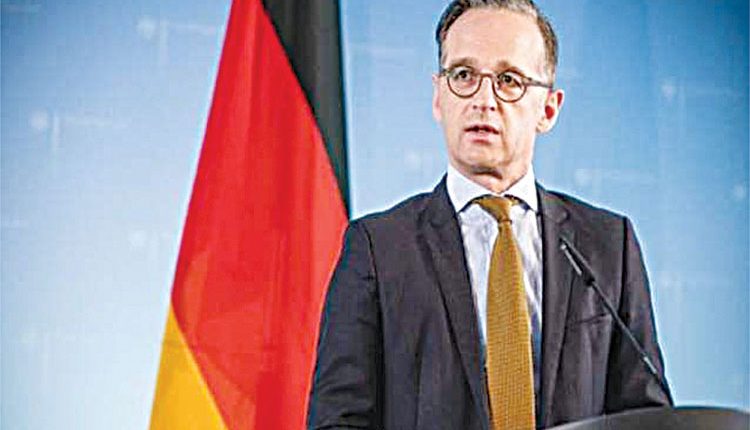 Berlin, Feb 22 (FN Agency) Russia and the European Union should keep trying to find ways to maintain dialogue, even though their relations are at the lowest point, German Foreign Minister Heiko Maas said on Monday. “We should look for a way to continue dialogue with Russia. Russia is necessary for us to settle lots of international conflicts. Consequently, it will also be a subject of the discussion – how it is possible to maintain a constructive dialogue with Russia, even when the relations between the EU and Russia have reached the lowest level,” Maas said before the meeting of the EU Foreign Affairs Council held in Brussels.

The minister added that he would support the introduction of new sanctions against Russian officials over the proceedings against Alexey Navalny. “We will discuss Russia, particularly the Navalny case, how the Russian state treats him. After the poisoning, we clearly demonstrated that we were not ready to tolerate the violation of international law and introduced sanctions. And today we will discuss whether we will initiate the preparation of new sanctions against Russia, especially amid the sentence against Navalny, the fact that he is under arrest and should be sent to prison,” Maas said. On Saturday, a court in Moscow fined Navalny 850,000 rubles ($11,500) for the defamation of a World War II veteran. The family of the 93-year-old veteran said that he had suffered severe physical and emotional harm from reading Navalny’s damning comment about him on the internet. The jailed blogger did not plead guilty. He currently serves a 3.5-year sentence for financial fraud.

Boeing Recommends Suspending Operations of its 777 Aircraft After Colorado Incident