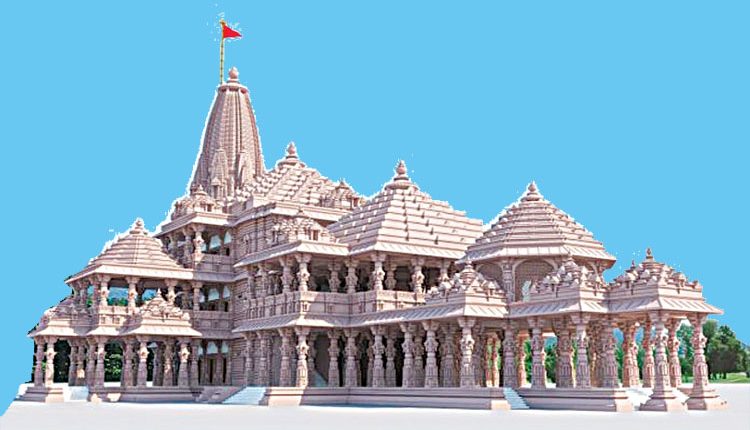 Lucknow, Feb 22 (FN Agency) Ayodhya is fast emerging as one of the most preferred tourist places for national as well as international tourists/devotees. In fact, Uttar Pradesh Chief Minister Yogi Adityanath is leaving no stone unturned to make Ayodhya one of the best and top-notch cities across the globe. In this regard, CM Yogi while presenting the Annual Budget 2021-22 for Uttar Pradesh on Monday has proposed a Budget provision of Rs 300 crore for the construction of the approach road to Shree Ram Janmabhoomi temple, Ayodhya Dham.

Ayodhya which is also known worldwide as the land of Lord Ram has an immense mythological significance. To make Ayodhya one of the best tourist attractions across the globe, the chief minister is making all possible efforts and a provision of Rs 140 crore has also been proposed for the all-round development of the city of Ayodhya including the development of Suryakund in Ayodhya. A budget of Rs 100 crore is passed by the Yogi-led BJP Government for the development and beautification of tourism facilities in Ayodhya. Also, a budgetary provision of Rs 200 crore has been proposed of Rs 101 crore for the Ayodhya Airport which is named Maryada Purshotam Shriram Airport.

It is no wonder that Yogi Adityanath has always something to offer to this revered town of Ayodhya in terms of its development and progress. The Uttar Pradesh government has decided to confer “Uttar Pradesh Gaurav Samman” to eminent writers and artists who have not been honoured with any other award in the state. Under this scheme, a maximum of 5 people will be honored every year with a sum of Rs 11 lakh. Earlier, CM Yogi has stated that Uttar Pradesh connects its borders with seven states and one country which makes the state a cultural center of the entire country. For this, the Yogi Government has earmarked a budget provision of Rs 8 crore for the construction of the Uttar Pradesh Tribal Museum in Lucknow and Rs 4 crore for building the freedom fighter museum in Shahjahanpur.