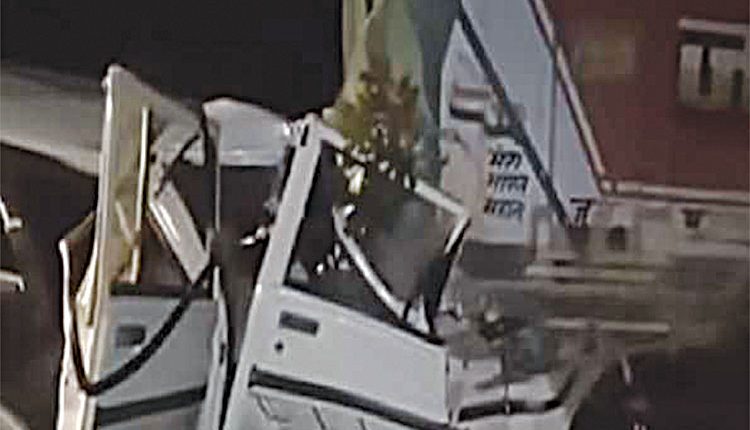 Pratapgarh, Nov 20(UNI) At least 14 people, including three children, were killed in a road accident here on late last night, police said on Friday. Police said that the deceased were travelling in an SUV, which collided with a stationary truck under Kunda police station area after midnight. They were returning from the marriage function in Nababganj area when the accident occurred near Deshraj village. All the occupants of the SUV were killed. Police said the bodies were brought out from the SUV after cutting the vehicle. The deceased were identified as Bablu (22), Dinesh Kumar (40), Dayaram (40), Pawan Kumar (10), Aman (7), Ram Samujh (42), Ansh(9), Gaurab Kumar (10), Bhaiyya (55), Sachin (12), Himanshu (12), Mithlesh (17), Abhimanu (28), and Parasnath (40). Chief Minister Yogi Adityanath has expressed grief over the death of people in the accident.

Karnataka-Finland to collaborate in Artificial Intelligence