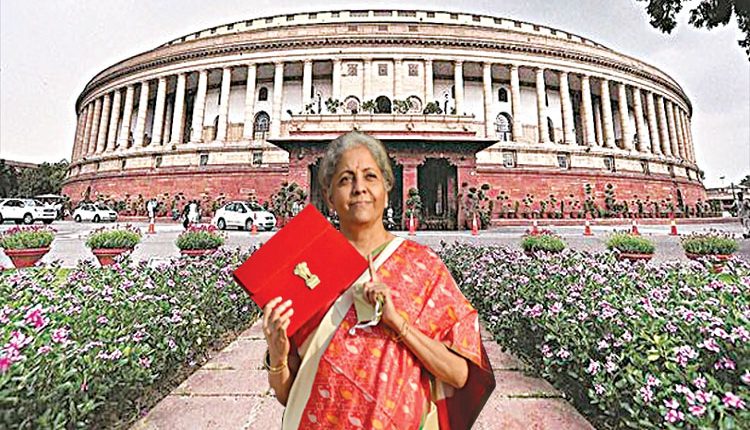 Health and Wellbeing
There is substantial increase in investment in Health Infrastructure and the Budget outlay for Health and Wellbeing is Rs 2,23,846 crore in BE 2021-22 as against this year’s BE of Rs 94,452 crore, an increase of 137 percentage. The Finance Minister announced that a new centrally sponsored scheme, PM AatmaNirbhar Swasth Bharat Yojana, will be launched with an outlay of about Rs 64, 180 crore over 6 years. This will develop capacities of primary, secondary, and tertiary care Health Systems, strengthen existing national institutions, and create new institutions, to cater to detection and cure of new and emerging diseases. This will be in addition to the National Health Mission.

Vaccines: Provision of Rs 35,000 crore made for Covid-19 vaccine in BE 2021-22. Nutrition: To strengthen nutritional content, delivery, outreach, and outcome, Government will merge the Supplementary Nutrition Programme and the PoshanAbhiyan and launch the Mission Poshan 2.0. Government will adopt an intensified strategy to improve nutritional outcomes across 112 Aspirational Districts.

Physical and Financial Capital and Infrastructure
Finance Minister said that for a USD 5 trillion economy, our manufacturing sector has to grow in double digits on a sustained basis. Our manufacturing companies need to become an integral part of global supply chains, possess core competence and cutting-edge technology. To achieve all of the above, PLI schemes to create manufacturing global champions for an AatmaNirbhar Bharat have been announced for 13 sectors. For this, the government has committed nearly Rs.1.97 lakh crore in the next 5 years starting FY 2021-22. This initiative will help bring scale and size in key sectors, create and nurture global champions and provide jobs to our youth.
Textiles: Similarly, to enable the textile industry to become globally competitive, attract large investments and boost employment generation, a scheme of Mega Investment Textiles Parks (MITRA) will be launched in addition to the PLI scheme. This will create world class infrastructure with plug and play facilities to enable create global champions in exports. 7 Textile Parks will be established over 3 years.

Infrastructure: The National Infrastructure Pipeline (NIP) which the Finance Minister announced in December 2019 is the first-of-its-kind, whole-of-government exercise ever undertaken. The NIP was launched with 6835 projects; the project pipeline has now expanded to 7,400 projects. Around 217 projects worth Rs 1.10 lakh crore under some key infrastructure Ministries have been completed.

Inclusive Development for Aspirational India
Dwelling on agriculture, she said that the Government is committed to the welfare of farmers. The MSP regime has undergone a sea change to assure price that is at least 1.5 times the cost of production across all commodities. The procurement has also continued to increase at a steady pace. This has resulted in increase in payment to farmers substantially. In case of wheat, the total amount paid to farmers in 2013-2014 was Rs. 33,874 crore. In 2019-2020 it was Rs. 62,802 crore, and even better, in 2020-2021, this amount, paid to farmers, was Rs. 75,060 crore. The number of wheat growing farmers that were benefitted increased in 2020-21 to 43.36 lakhs as compared to 35.57 lakhs in 2019-20.

Reinvigorating Human Capital
The Finance Minister said that the National Education Policy (NEP) announced recently has had good reception, while adding that more than 15,000 schools will be qualitatively strengthened to include all components of the National Education Policy. She also announced that 100 new Sainik Schools will be set up in partnership with NGOs/private schools/states. She also proposed to set up a Higher Education Commission of India, as an umbrella body having 4 separate vehicles for standard-setting, accreditation, regulation, and funding. For accessible higher education in Ladakh, Government proposed to set up a Central University in Leh.

Government has set a target of establishing 750 Eklavya model residential schools in tribal areas with increase in unit cost of each such school from Rs. 20 crore to Rs. 38 crore, and for hilly and difficult areas, to Rs. 48 crore. Similarly, under the revamped Post Matric Scholarship Scheme for the welfare of Scheduled Castes, the Central Assistance was enhanced and allocated Rs. 35,219 crore for 6 years till 2025-2026, to benefit 4 crore SC students.

Innovation and R&D
The Finance Minister said that in her Budget Speech of July 2019, She had announced the National Research Foundation and added that the NRF outlay will be of Rs. 50,000 crore, over 5 years. It will ensure that the overall research ecosystem of the country is strengthened with focus on identified national-priority thrust areas.

Minimum Government, Maximum Governance
Dwelling on the last of the six pillars of the Budget, the Finance Minister proposed to take a number of steps to bring reforms in Tribunals in the last few years for speedy delivery of justice and proposes to take further measures to rationalised the functioning of Tribunals. Government has introduced the National Commission for Allied Healthcare Professionals Bill in Parliament, with a view to ensure transparent and efficient regulation of the 56 allied healthcare professions. She also announced that the forthcoming Census could be the first digital census in the history of India and for this monumental and milestone-marking task, Rs. 3,768 crore allocated in the year 2021-2022.

On Fiscal position, she underlined that the pandemic’s impact on the economy resulted in a weak revenue inflow. Once the health situation stabilised, and the lockdown was being slowly lifted, Government spending was ramped up so as to revive domestic demand. As a result, against an original BE expenditure of Rs. 30.42 lakh crore for 2020-2021, RE estimates are Rs. 34.50 lakh crore and quality of expenditure was maintained. The capital expenditure, estimated in RE is Rs. 4.39 lakh crore in 2020-2021 as against Rs. 4.12 lakh crore in BE 2020-21.