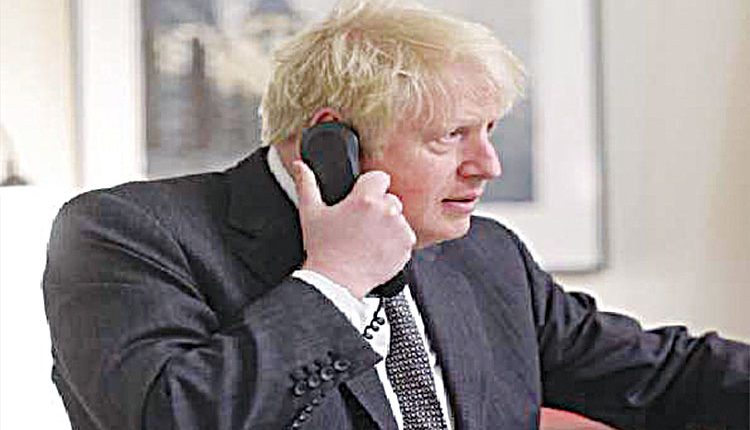 New Delhi, Dec 15 (FN Representative) British Prime Minister Boris Johnson will be the Chief Guest at the Republic Day celebrations. External Affairs Minister Dr S jaishankar said on Tuesday that the ‘presence of Prime Minister Boris Johnson’ as the Chief Guest at the Republic Day would be symbolic of a new era’’, a new phase of India-UK relationship while British Foreign Secretary Dominic Raab described it a great honour.’’ Speaking after holding official talks with the External Affairs Minister here the British Foreign Secretary said he was pleased that Mr Johnson had accepted the very generous invitation’’ to attend India’s Republic Day celebrations in January which is a great honour’’.

He said Mr Johnson had also invited Prime Minister Narendra Modi to join the G 7 Summit to be hosted by next year. The External Affairs Minister said they had discussed opportunities in a post-COVID, post-Brexit world for a stronger India-UK partnership and were working on a Roadmap 2030 for that purpose. He welcomed UK’s Indo-pacific tilt and said they would cooperate closely on global issues and in multi-lateral organisations. The British Foreign Secretary said UK is committed to deepening economic cooperation and building a stronger defence and security partnership with India that will help tackle shared issues of terrorism, maritime security including piracy in the Western Indian ocean. Welcoming India’s election as a non-Permanent member of the UN Security Council (UNSC) Mr Raab said UK also looked forward to taking the spot in 2021 including Presidency of G 7 and also that of the UN Climate Change Conference. Dr Jaishankar said the UK Foreign Secretary comes at a very important time because both countries are looking at a post-COVID and post-Brexit world from the perspective of the UK. This is the right time for us to hold discussions,’’ he said and added that focus has been on how to take bilateral ties to a higher level.

Dr Jaishankar said discussions focused on five broad themes including connecting people, trade and prosperity, defence and security, climate change and health. He said they also reviewed the situation in Afghanistan, evolution of the Indo-Pacific and developments in the Middle-East. Both expressed concern at the challenges posed by terrorism and radicalism. Mr Raab said the UK and India are reinforcing bilateral partnership as a force for good in a changing world. Both had agreed to work together to deliver an Enhanced Trade Partnership to unlock the huge potential for British and Indian businesses and jobs, he added. The UK Foreign Secretary who arrived here on Monday on a three-day official visit to India, also met Environment Minister Prakash Javadekar. As part of the visit, he will travel to Bengaluru where he will meet the Chief Minister of Karnataka on December 17. An External Affairs Ministry spokesman said India and the United Kingdom enjoy a strategic partnership since 2004 which has been marked by regular high level exchanges and growing cooperation in diverse areas. Mr Raab’s visit will pave way for further strengthening of the partnership across trade, defence, climate, migration and mobility, education and health sectors in the post-Covid, post-Brexit context,’’ the spokesman said.

Role of Kendriya Vidyalayas key in implementation of NEP’20