Role of Kendriya Vidyalayas key in implementation of NEP’20 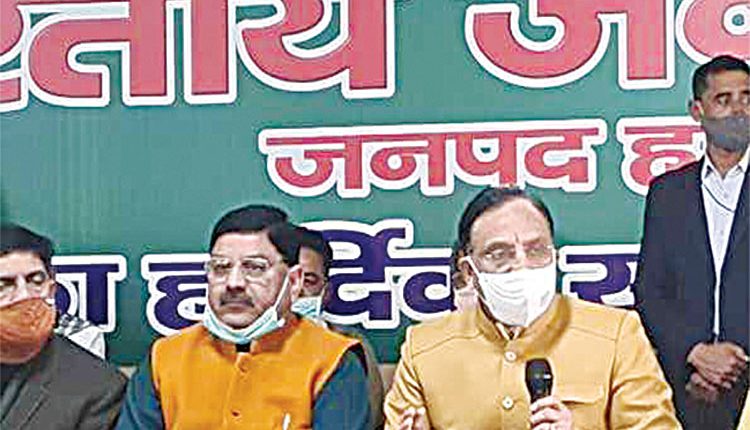 Along with this, Kendriya Vidyalayas have also been established in countries like Nepal, Russia and Iran. Appreciating the progress made by the KVS, the Union Minister said that achieving such progress in a short time showed that the teachers and other senior staff working here were dedicated to education with a passion. Apart from this, it was commendable that KVS has always adhered to its principle ‘Tatvam Pushan Apravishna’ as it is the creed of every teacher to provide education to the next generation. He praised the performance by the Kendriya Vidyalaya students in the tenth and twelfth examinations, saying, “The examination results of this year by CBSE reflect the academic proficiency of the Kendriya Vidyalaya. The KVS schools achieved 99.23 per cent results in class X and 98.62 per cent in class XII which is not only commendable but also an example for other schools in the country.” He said, “The Education Ministry has initiated several education reforms to enhance the quality of education, one of which is the use of merit-based education. I am confident that the KVS will strengthen itself as a ‘mentor’ for other schools as part of other future reforms.” Apart from this, the Union Minister while talking about the NEP 2020 said, “India has laid the foundation for the creation of a new future through the new NEP. There is no other example of such a big reform in the whole world about education.

The national education policy focuses on ‘how to think’ (how you think) from ‘what you think’. He said, “I call upon all of you to contribute yourselves with the thinking of India First to make India a superpower of knowledge and ready for the future.” In school education, KV will have to establish itself as the ‘Centre of Excellence’ to realise Prime Minister Narendra Modi’s dream of a self-reliant India. ” On the occasion, Union Minister of State for Education Sanjay Dhotre, all senior officers of Kendriya Vidyalaya Sangathan, teachers, students, parents were connected virtually.

Delhi relaxes lockdown rules, all markets to re-open from June 14