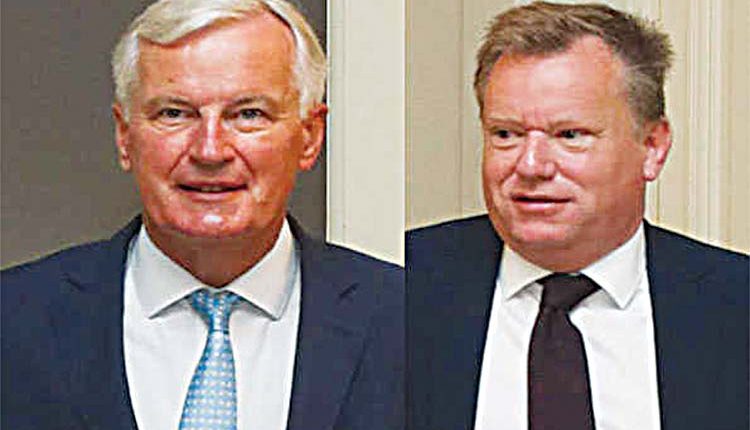 Brussels, Dec 7(Agency) Talks between the UK and EU resumed on Monday in a final bid to agree to a post-Brexit trade deal. After some tense negotiations during the weekend, including one held between Prime Minister Johnson and EC President Ursula von der Leyen, which ended in a stalemate, EU sources on Monday told the BBC that they were close to an agreement on fishing, however, Downing Street rubbished it. The UK’s chief Brexit negotiator, Lord Frost, will continue talks with his counterpart Michel Barnier, and Prime Minister Boris Johnson will again be speaking with European Commission President Ursula von der Leyen.

Earlier Mr Barnier briefed EU ambassadors on Monday morning saying that “divergences” remain, and telling them that he was neither optimistic nor pessimistic, but “realistic” about the prospects of a deal being reached. Cabinet Office Minister Michael Gove is also going to Brussels for a meeting with European Commission Vice-President Maroš Šefčovič. If no deal is done by the end of the year, the UK and EU will introduce tariffs and border checks on goods. The EU says that, without ongoing access to UK waters for its fleets, UK fishermen will no longer have special access to EU markets to sell their goods.