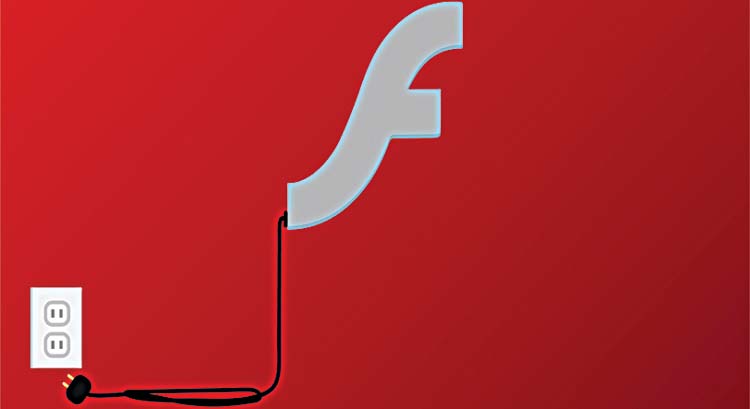 Adobe Flash Player was one of the most used plug-ins on websites few years back. Flash player was the perfect option to play multimedia content, internet apps, games and streaming content but it has been phased out gradually. Adobe launched flash player in January 1996 and official support for flash player will end in December 2020. Majority of browsers have replaced flash player with interactive HTML5 content. Flash Player was developed by Macromedia and was earlier named as Shockwave Flash. Macromedia released an easy-to-use format for animations, programmable web-based games, 3D graphics, video streaming. ActionScript (based on object-oriented coding) was the programming language used for adding interactive functionality to flash-based games and applications. Flash player supported desktop browsers and mobile browsers but has been criticized for security vulnerabilities, performance issues and higher battery consumption on mobile devices. Software major Adobe Systems acquired Macromedia in 2005 and security updates for Flash Player were supported by Adobe Systems.

HTML5 standards will replace Flash Player
While majority of browsers still support Flash player, the option is turned off by default. Almost all the browsers already support HTML5 standards for playing animated content, games and online streaming. Adobe announced in 2017 that the company will stop official support for Flash Player on 31 December 2020. All browsers will stop supporting flash by the end of 2020 and Microsoft will remove flash player from Windows operating system by January 2021.

Flash for Web-based Games
It was easier to create high-quality web-based games during ActionScript and Flash. The SWF files were supported by all the browsers and by default, the flash plug-in would load the graphical games and interact with the server-side aspects of the games. Flash player was first choice of game developers and programmers for having high quality graphics and streaming data for web-based games. Flash player offers native support for XML, JSON, SWF and AMF data formats. For years, casino operators have used flash support for slot games that were highly interactive and easy to load in desktop browsers and mobile browsers or apps. For game developers, Adobe Systems offered Adobe Gaming SDK free for cost and support on its forums for using the best coding practices.

Flash Player is inactive in browser by default
While flash player ruled the animations and interactive content delivered on the web for years, it has been turned off in the browsers as Microsoft, Apple, Google, Mozilla and Facebook jointly supported phasing out flash player. Adobe Systems also agreed to support HTML5 standards in place of Flash. In 2013, Adobe Systems claimed that 40 percent of the desktop users were updating their Flash Player within six weeks from every major release for the player.

Future of Flash Player
While flash player will be phased out for web-based applications and online streaming, there can still be some downloadable applications that will continue using Flash Player. However, going forward, the use of flash player will reduce and new technologies would replace it. With Windows ending support for Flash Player in January 2021, even developers of desktop applications will have to shift to alternative options. Flash Player has been in the market for 24 years and it has been an integral part of internet for all these years. However, as technology world changes at a fast pace, flash player has been phased out by other technologies that support much better features and offer higher security. HTML5 standards offer cross-platform support for many features and works with less of resources on mobile devices. Streaming services like Netflix, Amazon Prime, HBO Go and video sharing websites like YouTube are using the latest standards that offer data saving and use less of resources. For online users, speed is a major factor and any application offering support for additional devices without compromising on the performance, is the best option.

Aventose Targets to Sell 1.5 mn Electric Two-Wheelers per Year by 2026