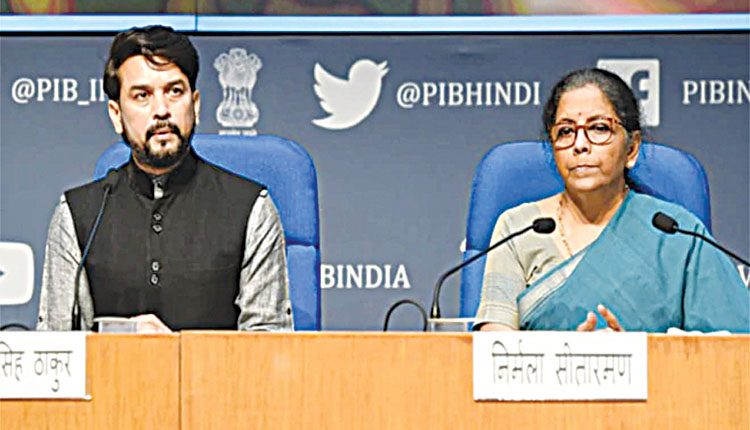 New Delhi, Feb 17 (FN Agency) With Gujarat, Uttar Pradesh and Uttarakhand reporting completion of ‘’Ease of Doing Business’’ reforms stipulated by the Department of Expenditure, number of such states mounted to 15. On receipt of recommendation from the Department for Promotion of Industry and Internal Trade (DPIIT), the Department of Expenditure has granted permission to these three states to raise additional financial resources of Rs 9,905 crore through Open Market Borrowings, Ministry of Finance said in a statement on Wednesday. Earlier, Andhra Pradesh, Assam, Haryana, Himachal Pradesh, Karnataka, Kerala, Madhya Pradesh, Odisha, Punjab, Rajasthan, Tamil Nadu and Telangana had also reported completion of this reform, which was confirmed by DPIIT.

Half of this special dispensation was linked to undertaking citizen centric reforms by the States. The four citizen centric areas for reforms identified were (a) Implementation of One Nation One Ration Card System, (b) Ease of doing business reform, (c) Urban Local body/ utility reforms and (d) Power Sector reforms. Till now, 18 states have carried out at least one of the four stipulated reforms and have been granted reform linked borrowing permissions. Out of these, 13 states have implemented the one nation one ration card system, 15 states have done ease of doing business reforms, 6 states have done local body reforms and 2 states have undertaken power sector reforms. Total reform linked additional borrowing permission issued so far to the States stands at Rs.­­­ 86,417 crore, the statement said.

‘India amongst the fastest growing FinTech markets in the world’

‘North East will lead the post COVID India and its economy’