‘India amongst the fastest growing FinTech markets in the world’ 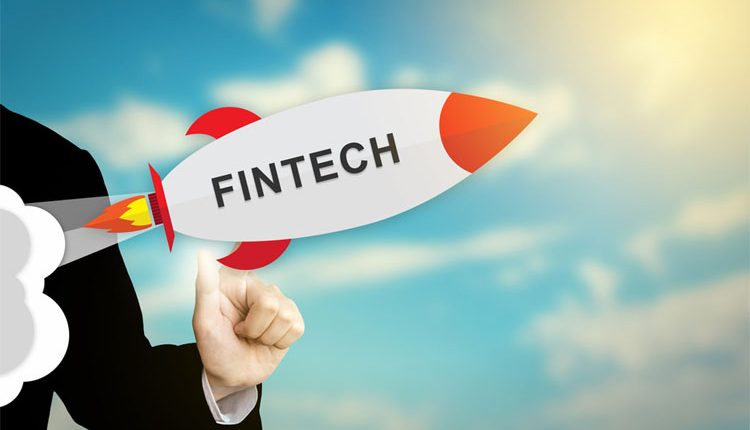 Kolkata, Feb 17 (FN Bureau) India has emerged Asia’s biggest destination for FinTech deals, leaving behind China. With around 33 deals valued at $647.5 million, India has the highest investment in the FinTech segment compared China’s $284.9 million during the quarter ended June 30, 2020, according to a research report released by RBSA Advisors, a leading transaction advisory firm specializing in valuation, investment banking and transaction services. Total investments in India’s FinTech sector crossed the $10 billion mark over the last four-half years i.e. from CY2016 to H12020. Amid COVID 19, India has seen a 60% increase in FinTech investments to $1467 Mn in H12020 compared to the $919 Mn for the same period last year. Availability of a technically skilled workforce and the presence of most parts of the financial services & technology ecosystem make Bengaluru and Mumbai the top two headquartered cities for FinTech companies.

FinTech has been known for their coming of age technology offering the most convenient and flexible options for consumers. The more and more advances in technology financial services adapt to upgrade their strategies, more growth in this sector is foreseen. This is just the beginning of a huge growth in FinTech market in the upcoming decade. Out of total 21 unicorns in India, around one-third are FinTech companies, Paytm being the highest valued unicorn, at $16 billion. The FinTech market in India was valued at Rs. INR 1,920 billion in 2019 and is expected to reach Rs. INR 6,207 Bn by 2025, expanding at a compound annual growth rate (CAGR) of Rs. 22.7% during the 2020-2025 period. “While the FinTech industry is still in its early adoption stage, we believe it is well-positioned to witness long-term growth in the coming years. The changes will be more focused on digital lending (alternative finance) and open banking. FinTech growth will ultimately create outsized opportunities for firms and help empower them in the digital age”, Rajeev Shah, MD and CEO, RBSA Advisors said.

According to MEDICI India FinTech Report 2020 2nd Edition, India had the second-highest number of new FinTech startups in the last three years, right behind the US. Also, within FinTech segments, Digital payments have been at the forefront of leading India’s FinTech sector. Lending is the second largest segment in India’s FinTech Sector followed by InsurTech, WealthTech, Neo Banks, RegTech etc. Existing FinTech companies have gained one-third of new revenue at the cost of traditional banks, as per reports. India along with China accounted for the highest adoption rate of 87% (global adoption rate is 64%) out of all emerging markets in the world. Between 2010 and 2015, India saw 1,216 new FinTech startup founded. The period between 2015 to June 2020 has seen phenomenal growth in new startups across Payments, Lending, Wealth and others. India’s evolution as a progressive FinTech nation is due its ability of solving for identity in the form of Aadhaar for formalization, getting everyone a bank account or equivalents (PMJDY) to store money, building scalable platform(s) to move money (IMPS, UPI, BBPS, etc.) & allowing banks and FinTech companies and wealth/insurance/ lending players also to access platforms like UPI, GSTIN & digilocker to innovate.

Initiatives led by the government and regulators for digital India like demonetization, Jan Dhan Yojana, Aadhaar, etc. aided by the growing internet and smartphone penetration, has led to the adoption of FinTech. “As more and more customers get on the digital board, FinTech’s will have to focus on building trust and consumer engagement. Especially given the time when cybersecurity is extremely vulnerable. To be critical and to stay ahead of the competition than other FinTech brands, it is necessary to focus on the security along with making the procedure simple for consumers”, says Ravishu Shah, MD and Co-Head Valuations, RBSA Advisors. India has around 2174 FinTech startups as on June 2020. Over the past few years, India has essayed several guidelines and reforms such as granting multiple licenses for differentiated banking to small finance banks, payment banks and introduced the unified payment interface to include the unbanked population of India in the formal financial services folder, strengthening the major FinTech segments such as payments and lending ecosystem.

While FinTech companies shall have to work around being relevant, resolving trust and security issues as well as spreading awareness, current regulatory fillip in terms of few changes like revised norms for Start up listings and relaxation for norms to enter mutual fund business shall go long way to buffer up the product profile and capital access for the sector; says Rachana Kothari Doshi, Associate Director, RBSA Advisors. While we have seen a few companies grow in their primary segments of Fintech, the zest to expand into other segments is equally admirable e.g. Phonepe now becoming a super app which embeds payments as well buying insurance from the same app. We have witnessed success stories and phenomenal valuations coming across in the sectors not just for unicorns but even mid-sized players. However, the penetration and play for the sector is just a scratch on the surface to begin a deep structural change that could be witnessed by India and the sector in coming decade.