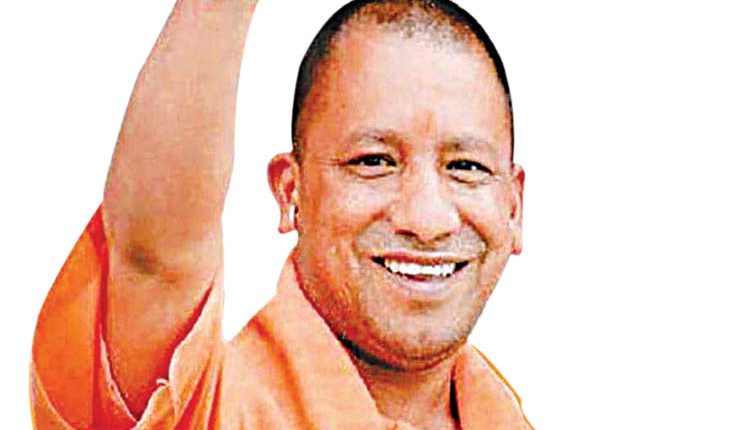 ► The sugar mills have made a record payment of over Rs 1.12 lakh crore to the farmers.
► Capacity of 11 mills was increased and new mills with state-of-the-art capacity were set up at Pipraich in Gorakhpur, Mundera in Basti and Ramala in Baghpat.
► UP has become the top producer of ethanol about 126.10 crore litres.
► Since nCov Panademic 1.77 crore litres of sanitiser has been produced during a period of 9 months.

Lucknow, Nov 29 (Bureau) Uttar Pradesh Government has claimed that the Yogi Adityanath led BJP regime has taken series of measures during past nearly four years for the welfare and overall upliftment of the sugarcane farmers and the industry. “The Yogi Adityanath government has enhanced sweetness of the sugarcane by increasing the daily cane crushing capacity of the of the sugar mills, fresh capacity addition for production of khandsari and ethanol and also the record payment to the farmers by the sugar mills,” said an official here on Sunday adding “the sweetness of sugarcane, which has been bitter for farmers due to mounting arrears during the BSP and SP government, has now returned’’.

Clearing the arrears of the farmers was a major challenge before the Yogi government, voted to power in March 2017. During the past three cane crushing seasons, the sugar mills have made a record payment of over Rs 1.12 lakh crore to the farmers. Along with the payment, the government focussed on modernization of old mills and establishing of new mills. In this order, capacity of 11 mills was increased and new mills with state-of-the-art capacity were set up at Pipraich in Gorakhpur, Mundera in Basti and Ramala in Baghpat. These mills were closed during the Samajwadi party and bahujan samaj party governments. For the first time after 25 years, a government made an arrangement to issue online licenses to Khandsari units within 100 hours to crush sugarcane at the local level. It also had units already under its purview. So far licenses have been issued to 105 units thus adding fresh cane crushing capacity 27,850 MT per day. In order to add to the revenue of the sugar mills co-generation plants are also being set up by the sugar mills and present power generation is 2000 MW.

The government is trying to make sugarcane green gold through ethanol. UP has become the top producer of ethanol about 126.10 crore litres. A total of 50 distilleries are making ethanol. Last year, two mills were making ethanol from Heavy Molasses. This year the number has increased to 20. Ever since the pandemic broke out in March this year, 1.77 crore litres of sanitiser has been produced during a period of 9 months. From March 24 to November 15, the state’s sugar industry generated additional revenue of Rs 137 crore by producing a record quantity of sanitiser. According to the Excise Department, 78.38 lakh litres sanitiser has been sold outside UP. A total of 87.01 lakh litres of sanitiser has been sold in UP. Total sales of sanitiser have been 165.39 lakh litres. Chief Minister Yogi Adityanath has issued directions that until the entire sugarcane crop is not harvested, the sugar mills would continue the cane crushing. UP tops in sugar production in India as 51 percent of the total area of sugarcane and 50 percent of the production and 38 percent of the sugar is produced in the state. Out of the total sugar mills in India, 119 are in Uttar Pradesh. Out of about 48 lakh sugarcane farmers in UP more than 46 lakh supply sugarcane to sugar mills. The sugar industry in UP employs about 6.50 lakh people directly and indirectly.