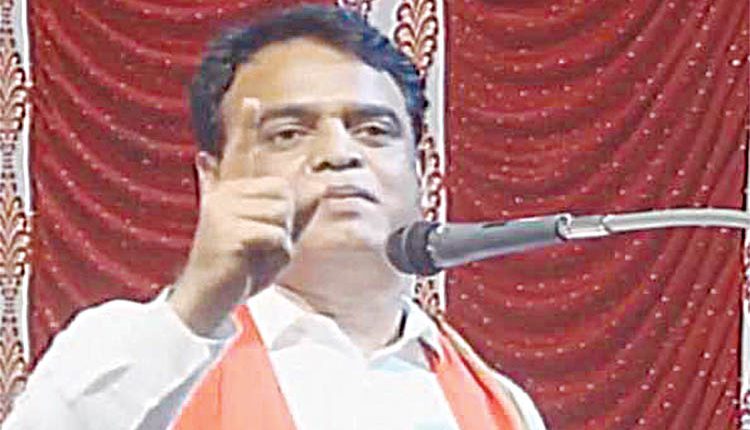 Mangaluru, Nov 29(Agency) Bharatiya Janata Party, after achieving ‘Congress mukth States’, is now aiming at achieving ‘Congress mukth villages’ in the country, Karnataka Deputy Chief Minister Dr C N Ashwath Narayan declared. Claiming that ‘we have already achieved a Congress-mukt India.’ he said, “now our aim will be to free villages from the clutches of Congress by winning maximum seats in the Gram Panchayat election.”

Talking to media persons here, he said that Congress, because of issues like leadership void, anti-people policies, compromise with nationalistic interests, has become…irrelevant in politics. He said the BJP government is committed to the Gram Swaraj concept, by acquiring more powers and implementing decentralisation effectively. Stating that the Congress has failed to implement Gram Swaraj and decentralisation of the system, effectively. The BJP is keen on emerging stronger from the Panchayat to the national-level. Every party worker should work in an organised way and strengthen party units in villages by being in close contact with villagers. “We want BJP- backed candidates to win GP elections by 100 per cent and help in the concept of Gram Swaraj from the GP-level to Lok Sabha,” he added. He said that efforts will be made to inform people about the welfare programmes, achievements of Centre and State governments through Gram Swaraj conventions.”

Mr Narayan said owing to the tough stand taken by the Prime Minister, Pakistan remained isolated…and imports from China were reduced. Replying to a question on National Education Policy, Dr Ashwath Narayan said reforms will be introduced in the education sector. The formal education will begin at the age of three instead of six years. It has given scope for flexibility and decentralisation. More autonomy, financial empowerment will be given for Universities and educational institutions. Decentralisation will be the focus area in higher education. A structured reform will be launched in the form of a curriculum to improve quality of education, he added.