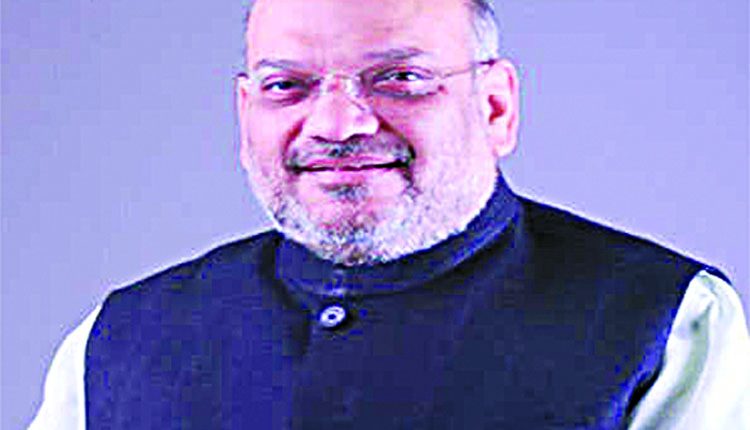 New Delhi, Nov 17 (Bureau) Slamming the “Gupkar Group”, an alliance of opposition parties in Jammu and Kashmir, the Union Home Minister Amit Shah on Tuesday said that the Gupkar gang is global and the Indian people will not tolerate any ‘unholy global gathbandhan’ against our national interest. In a series of tweet massage, Mr Shah accused the political parties of seeking foreign intervention in Jammu and Kashmir affairs, and insulting India’s Tricolour.

Hitting out at the Congress party, he further said “Do Sonia Ji and Rahul Ji support such moves of the Gupkar Gang ? They should make their stand crystal clear to the people of India”. Reiterating that the Jammu and Kashmir has been, is and will always remain an integral part of India, the Home Minister further said “Either the Gupkar Gang swims along with the national mood or else the people will sink it”. “Congress and the Gupkar Gang want to take J&K back to the era of terror and turmoil. They want to take away rights of Dalits, women and tribals that we have ensured by removing Article 370. This is why they’re being rejected by the people everywhere”, Mr Shah said in his tweet message.