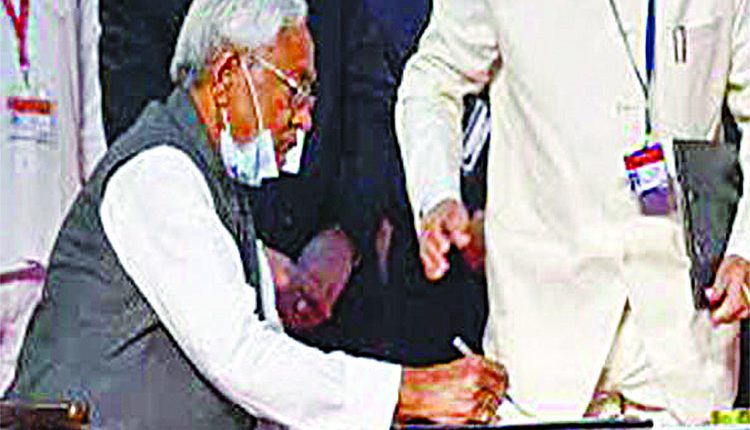 Patna, Nov 17 (Agency) Bihar Chief Minister Nitish Kumar today distributed portfolios among his cabinet colleagues, a day after new NDA government led by him was administered oath by Bihar Governor Fagu Chauhan. Apart from Chief Minister Mr Kumar, 14 other ministers were administered oath by Governor at a simple ceremony organised in Raj Bhavan last evening. Of the 14 ministers, seven are from BJP, five from JD(U), one each from HAM and VIP.

Guidelines for Air Sanitizing during Covid-19