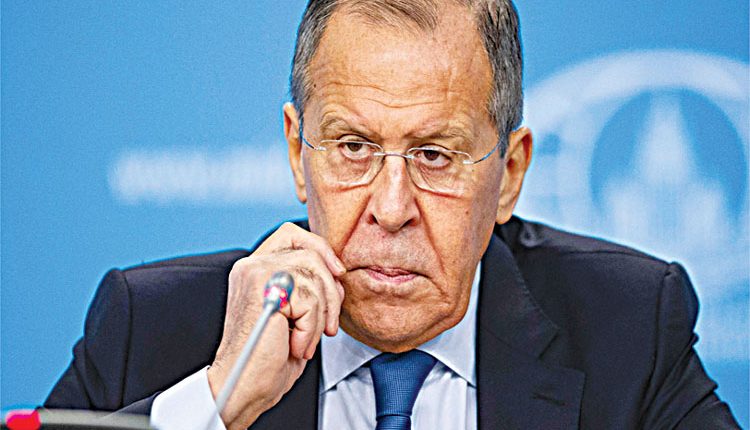 Guilin, Mar 23 (FN Bureau) Russia and China need to be proactive in upholding the principles of international law and the UN Charter, which the West ignores, Russian Foreign Minister Sergey Lavrov said. Lavrov arrived on a two-day official visit to China on Monday. The Russian foreign minister and his Chinese counterpart Wang Yi exchanged views on their countries’ relations with the United States during their Monday meeting in Guilin. They continued their talks on Tuesday.

“The situation in the world is not getting simpler. It is characterized, more and more, by the attempts of our Western colleagues to ensure their dominance by any means necessary, ignoring the objective course of history, in accordance with which a multipolar world order is being formed. Of course, we need to mobilize like-minded parties in upholding justice, in upholding the principles of the UN Charter, which, as I said, our Western colleagues generally ignore and try to invent their own rules, which are then imposed on everyone else,” Lavrov said on Tuesday. He added that Russian President Vladimir Putin and his Chinese counterpart Xi Jinping plan to adopt a joint statement on the occasion of 20 years since the signing of the Russian-Chinese Treaty of Good Neighborliness, Friendship and Cooperation. Wang Yi said on Tuesday that the treaty will be automatically extended.

“I fully share your attitude, for us to continue to use cooperation between the foreign ministries to strengthen the positions of our countries in the world arena in full compliance with the principles of international law and the UN Charter,” Lavrov said at Tuesday talks with Wang Yi. The Russian foreign minister expressed confidence that during talks with his Chinese colleague the two sides will make yet another step in developing strategic cooperation and multifaceted partnership. Lavrov praised the endurance and perseverance of the Chinese people, particularly in the fight against the coronavirus pandemic, and said that his positive interaction with the Chinese foreign minister reflected the strength of Russian-Chinese neighborly ties.