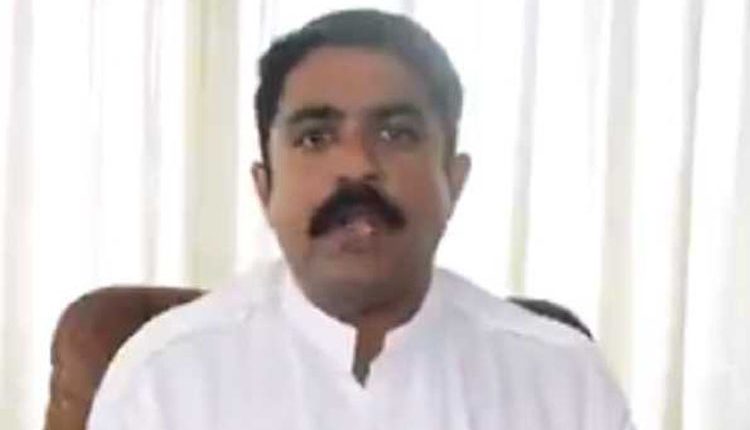 Panaji, Nov 23 (Agency) Former Deputy Chief Minister and Goa Forward Party (GFP) President Vijay Sardesai on Monday said that he was ready to forge an alliance with the Congress to remove ‘anti-Goemkar’ Bharatiya Janata Party (BJP) government in the state. In a tweet, he said he claimed that he tried his best in 2017 to forge a coalition government against the BJP till the last minute.

‘The truth in @praful_patel ’s words today is that in 2017, I tried my best, at personal cost, to forge a coalition Govt against the BJP until the last minute. The truth remains that in 2022 I’m open to do that to remove this anti #Goemkar Govt and uphold the will of the people !,’ he said. His remarks came after senior Nationalist Congress Party (NCP) leader Praful Patel said on Sunday that his party was in favour of having a tie-up with the Congress and other like-minded parties. Mr Patel claimed that many leaders of various political parties were in touch with him.

NCP has one MLA, Churchill Allemao, in the 40-member state assembly. He extends support to Pramod Sawant government based on issues. In 2017, GFP had contested five seats and emerged victorious in five constituencies. After the assembly elections were announced, it extended support to BJP facilitating then Defence Minister Manohar Parrikar to become Chief Minister. Congress could not form government as it could not get require numbers. Maharashtrawadi Gomantak Party (MGP), which had contested assembly polls in alliance with Shiv Sena and Goa Suraskha Manch (GSM), too had extended support to the BJP, which had won 13 seats. Besides, MGP and GFP, three independents had also extended support to the BJP.

Maha may be go soon for second lockdown: Ajit Pawar