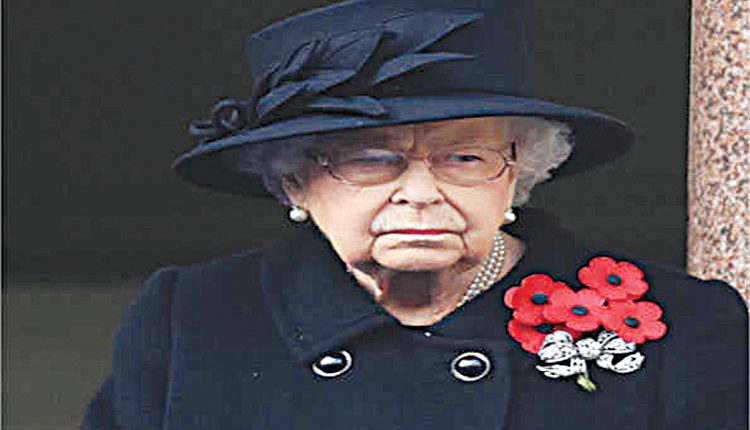 London, Feb 8 (FN Agency) UK and Commonwealth Head of State, Queen Elizabeth II, lobbied the UK government to push through an exemption for Buckingham Palace in transparency laws in the 1970s, The Guardian reported citing documents in the National Archives. According to the publication, the queen deployed her high-powered attorney at the time, Matthew Farrer, to pressure government officials and lawmakers involved in drafting a bill to tackle opaque, backroom dealings in the country’s financial institutions. Correspondences between officials found in the United Kingdom’s National Archives reveal that Farrer insisted a clause be added to maintain a veil of secrecy to the queen’s estate and her stakes in companies.

The left-leaning newspaper maintained that the queen’s consent, an archaic procedure of seeking a go-ahead from the sovereign before legislation is passed in its final reading, acted as a hurdle for the law. A series of letters published by the news outlet reveal that government officials were subjected to a pressure campaign and reluctantly included an exemption for the Crown, effectively agreeing to create a shell company whose owner would remain anonymous and exact dealings undisclosed. The shell company was run by senior Bank of England employees. The bank kept its reins on the company until 2011, when the entire operation was shut down. What happened to the shares within it is unknown as no public accounts were ever filed. A Buckingham Palace spokesman said that the Queen’s consent was “a parliamentary process, with the role of sovereign purely formal.”

“Consent is always granted by the monarch where requested by government. Any assertion that the sovereign has blocked legislation is simply incorrect,” the spokesman said. Buckingham Palace was long suspected in backroom manipulations to conceal the scale of the Windsor’s estate. Scandalous books and journalistic investigations over the decades have sparked fierce debate over the official dispensation of the queen’s private wealth in parliament and government. The UK is notorious for questionable financial transparency rules, making it a prime destination for ill-begotten wealth from around the world. The banking and investment atmosphere in the country is bloated due to immense foreign funds of questionable origin continuously flowing into the real estate and other sectors.