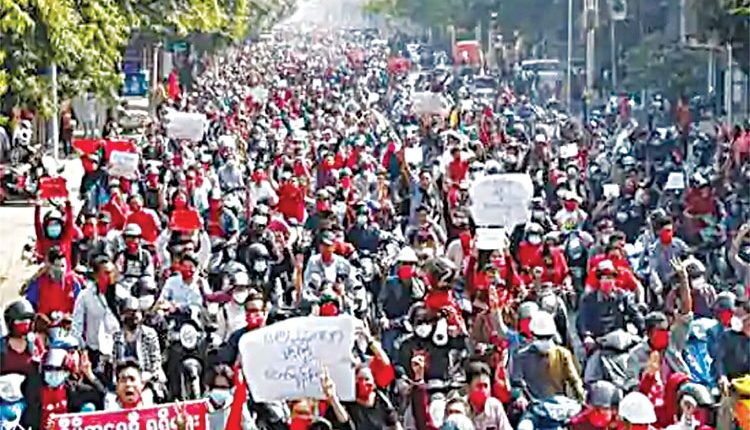 Nay Pyi Taw, Feb 8 (FN Agency) Myanmar witnessed its largest protests in more than a decade on Sunday, as tens of thousands of people came out to protest against the military coup and demanded the release of their elected leader Aung San Suu Kyi.

“We don’t want military dictatorship. We want democracy,” the large crowds chanted in the main city, Yangon. However, the military, which overthrew the government on Monday in a coup, has so far not reacted or commented on the growing demonstrations. The military junta which had shut down the internet in the country on Saturday restored it on Sunday, BBC reported. Ms Suu Kyi and senior leaders of her National League for Democracy Party (NLD), including President Win Myint, have been under house arrest since the coup. The army seized power after making unverified claims, that the November election was fraudulent. The military authorities declared a year-long state of emergency and have been hunkered down in the capital, Nay Pyi Daw.