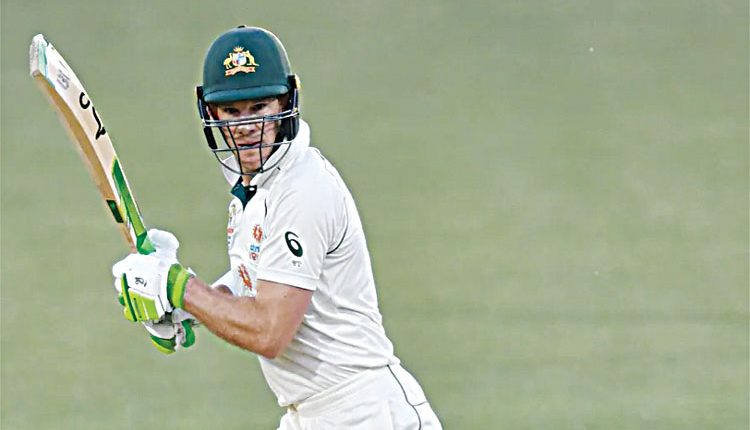 Adelaide, Dec 18 (Agency) As day-night Tests can do, the action in Adelaide went into fast forward as 15 wickets fell on the second day with India responding to what looked like a below-par batting effort with a superb team performance from the bowlers in which R Ashwin benefited from the pressure created by the three quick bowlers. That Australia ended as close to India’s 244 as they did was down to a fine innings by captain Tim Paine who was left unbeaten on 73 while Marnus Labuschagne, with a somewhat skittish 47, was the only other player to pass 15 and the rest of the top six made 35 between them.
The match took on dimensions not entirely dissimilar to two years ago although on this occasion the margin on first innings was wider. But India could not get through six overs unscathed as Pat Cummins breached Prithvi Shaw’s defenses – Australia have exploited a technical failing that may end Shaw’s series after one match – but under lights the loss of one wicket was acceptable damage. All the India bowlers played their part – the wicketless Mohammed Shami was the first of the quicks to find a fuller length – with Jasprit Bumrah making the initial incisions and Ashwin producing a delightful piece of bowling to snare Steven Smith which left Australia firmly on the back foot, from where they did not really recover. Thanks to their bowlers, India largely got away with three dropped chances.

The first part of the day could not have gone any better for the home side as they ran through India’s lower order for the addition of just 11 runs. From the moment of Virat Kohli’s run out on Thursday, India had lost their last seven wickets for 56. Initially with the ball, Bumrah and Umesh Yadav offered a little too much that Australia could leave but the new-look opening pair of Joe Burns and Matthew Wade did not make any impression on the scoreboard. The first runs came in the fifth over and when Wade, opening the batting for the first time in first-class cricket, was trapped lbw from round the wicket it was 16 for 1 in the 15th over.

Gutka worth around Rs 7 lakh seized in Nashik, 1 held